Decorated Navy EOD commander relieved due to loss of confidence 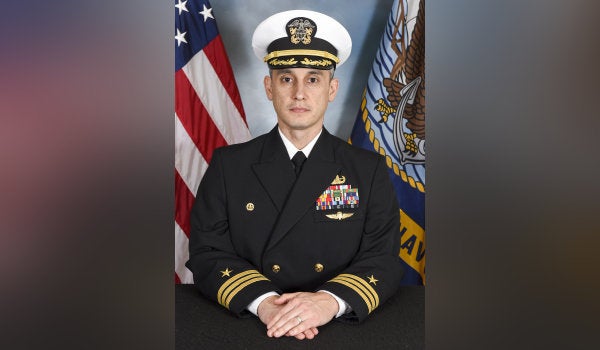 The Navy relieved a decorated explosive ordnance disposal (EOD) officer on Thursday due to a loss of confidence in his ability to command, the Navy announced on Friday.

Cmdr. Sean Shigeru Kido, who headed the Imperial Beach, California-based EOD Mobile Unit 11, was not relieved due to any specific instance of misconduct, EOD Group One spokesperson Lt. Kara Handley told Task & Purpose, but due to “a general breakdown and loss of confidence in his ability to command.”

According to a Navy press release announcing his command EODMU11 last year, Kido was born in Honolulu and was commissioned through the Naval Reserve Officers' Training Corps in 2001 from the University of Washington.

“I am confident in the EODMU 11 team, where it has been a privilege and honor to serve,” Kido said in a statement sent to Task & Purpose. “I'm proud of our successful deployment, and the unit stands ready to continue generating highly capable companies and platoons responsive to ongoing competition and our Nation's defense.”

Kido was relieved by Capt. Oscar Rojas, commander of EOD Group 1, of which EODMU11 is a part. Kido will be temporarily reassigned there while Cmdr. Evan Colbert, former commanding officer of EOD Mobile Unit 6, will take over as interim commander of Kido's old unit.

“EODMU 11 provides operational EOD capability to include the location and identification, rendering safe, recovery, field evaluation, and disposal of all explosive ordnance, including chemical and nuclear weapons,” the Navy said.