Master Chief Navy Counselor Franklin Tiongco was fired on May 13. 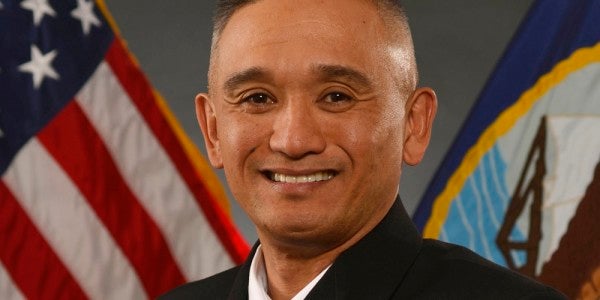 The Navy’s top enlisted recruiter has been fired following a command and Naval Criminal Investigative Service investigations, a spokeswoman for Navy Recruiting Command has confirmed.

Navy Times reporter Geoff Ziezulewicz first revealed on May 15 that Master Chief Navy Counselor Franklin Tiongco had been relieved of command amid the two investigations.

Officially, Tiongco was fired as the national chief recruiter at Navy Recruiting Command Headquarters on May 13 “due to a loss in confidence in his judgment,” Navy Cmdr. Lara Bollinger told Task & Purpose on Monday.

While Bollinger did not elaborate on what exactly promoted Tiongco's relief, she said the move was meant to “protect the integrity of the legal process.”

“Both an NCIS investigation and a supplemental command investigation have been completed and are under review,” Bollinger said in a statement. “However, no determination of guilt or innocence has been made. We cannot provide any additional information as this matter is still under review.”

Bollinger did not say what types of allegations were currently being investigated.

Tiongco has declined to comment on the matter, she said.