Capt. Kai Torkelson was relieved of command on Monday “due to a loss of confidence his is ability to command.' 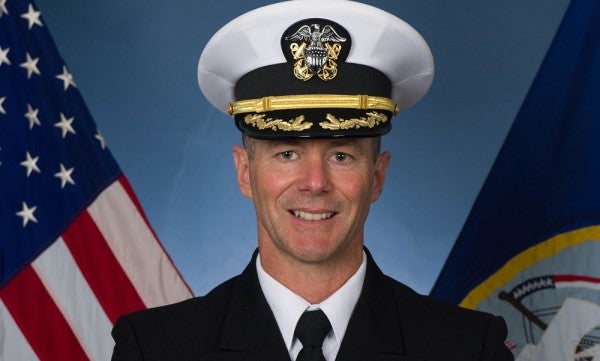 The commander of Norfolk Naval Shipyard in Virginia has been fired, the Navy announced on Monday.

Capt. Kai Torkelson was relieved of command on Monday “due to a loss of confidence his is ability to command,” a terse Navy news release says.

The news release did not indicate why Vice Adm. Bill Galinis, the head of Naval Sea Systems Command, had lost confidence in Torkelson.

A NAVSEA spokesman told Task & Purpose on Monday that Torkelson is not under investigation.

Torkelson is a third-generation naval officer, who was commissioned by the Virginia Military Institute Naval Reserve Officers Training Corps in 1991, according to his Navy biography.

Initially trained as a submariner, Torkelson moved into the engineering community in 2002 and went on to travel to 14 of Iraq’s 18 provinces to rebuild the country’s military bases.

He became commander of Norfolk Naval Shipyard on June 29, 2018.

His military awards include the Bronze Star along with the Meritorious Service, Navy Commendation and Navy Achievement Medals.

Related: How an affair with a subordinate torpedoed a Navy admiral’s career