'At no time was he inside the structure and at no time did he physically remove any person from the building.' 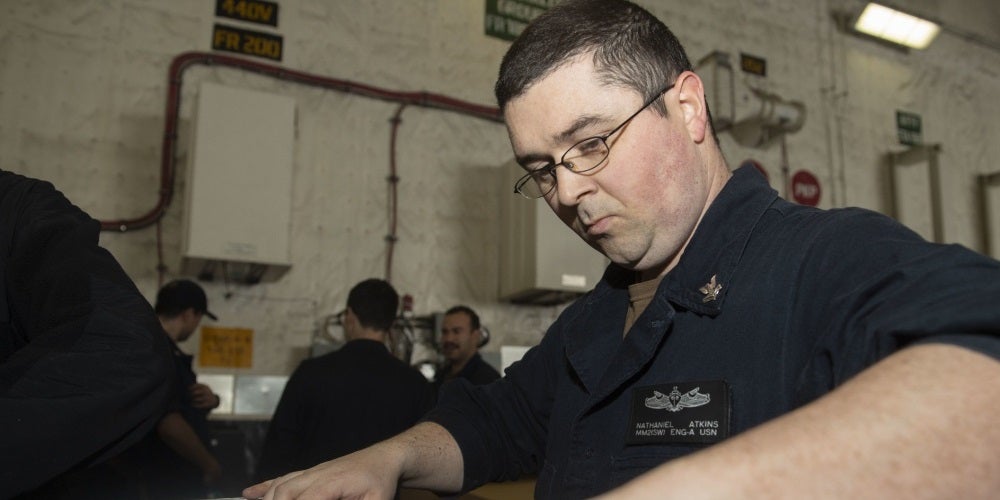 A sailor from the aircraft carrier USS Gerald R. Ford is now under a command investigation after admitting that he falsely claimed to have rescued two children from a deadly house fire in Virginia, according to the Navy and the local fire department.

Machinist’s Mate 2nd Class Nathaniel Atkins had initially claimed that he had climbed a ladder and broke a window to help two girls escape the burning home. His story was published by the Defense Visual Information Distribution Service and picked up by media.

Atkins told DVIDs that his one regret was not being able to save an elderly woman, who was unable to escape from the burning house and died.

Related: Remember that guy who went on a racist tirade in Florida? Well, he’s a Navy SEAL poser, too

“There was so much chaos in the very beginning, nobody was taking control,” Atkins said in the DVIDS story. “I just leapt into action and did what I needed to do. I don't really know how to feel about it, it's a lot of mixed emotions. I have a feeling of guilt, just because of the grandmother and that situation, but to be honest, I did everything I could. I think that I did a good job, I have a feeling that I've accomplished something.”

But Howard Altman of Navy Times first revealed on Monday that Atkins later recanted his claims of heroism to local officials.

Atkins has admitted to a fire investigator that he did not rescue the two children, said Battalion Chief Justin Arnold, deputy coordinator for emergency management for Portsmouth, Virginia.

“He put up a ladder that was too short to a window; was trying to communicate with the kids to come out of the window; and the fire department showed up,” Arnold told Task & Purpose on Monday. “But at no time was he inside the structure and at no time did he physically remove any person from the building.”

Because one of the people inside the home died from the fire, the incident is being investigated as a homicide, Arnold said. Atkins is not a suspect.

Atkins could not be reached for comment on Monday. He still has a June 24 post on his Facebook page in which he claims he took part in rescuing people from the fire.

“We managed to get two kids out and a dog,” he posted on Facebook. “I couldn't find the grandmother but the firefighters got her out. She was unconscious and so was the dog. Lord let them make it! Please pray for them.”

Arnold said he became aware of Atkins’ claims after local media reported on the story.

“I got a slew of calls from concerned people saying that this pomp and circumstance surrounding this gentleman was false,” Arnold said. “That led to further investigation.”

On Wednesday, the Navy posted an official retraction to the original story posted on DVIDS about Atkins’ account of saving the two children from the house fire.

“Since originally posting this story, the Navy has learned that the initial facts as reported are in question,” the retraction says. “USS Gerald R. Ford (CVN 78) is conducting an investigation into Petty Officer Nathaniel Atkins’ role in a Portsmouth fire on June 24, and his subsequent statements given in a press interview and with ship representatives. We will update the story with the correct information when the investigation is complete.”

UPDATE: This story was updated on July 8 with the Navy's retraction to its original story.