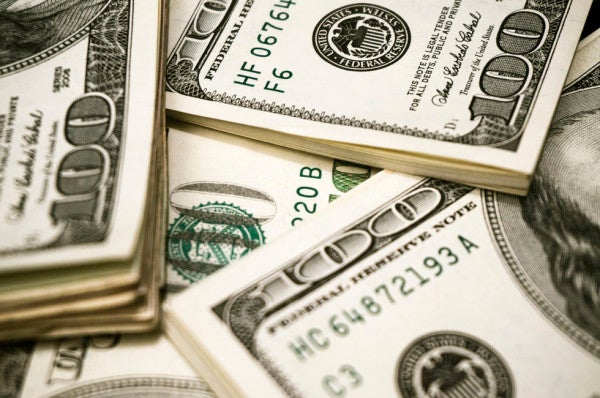 A former Pentagon official claims he was forced out of his job for trying to stop defense industry from gouging taxpayers for millions of dollars, Martin de Bourmont and Sharon Weinberger of Yahoo News first reported on Tuesday.

Former Defense Department contract negotiator Shay Assad said he decided in October 2018 that he would retire after he was blamed for the Pentagon's failed effort to pay defense companies less money to cover large costs that they incur at the start of their contracts, according to Yahoo News.

The Defense Department decided on Oct. 26 to transfer Assad to a new position within the Defense Contract Management Agency, according to a memo viewed by Task & Purpose. He retained the same pay and his status in the civilian promotion system.

Assad told Task & Purpose that the Defense Department's top weapons buyer Ellen Lord did not let him brief Congress before the proposal to slow payments to contractors was formally announced in August 2018. The Pentagon withdrew the plan the following month amid an outcry from both lawmakers and defense industry, he said.

“The reason why they were objecting was because their staffs knew nothing about it,” Assad said on Tuesday. “All they were hearing was the industry side of this thing. They had never heard from the department.”

Towards the end of his tenure at the Pentagon, Assad urged Lord to establish a special unit to investigate up to nearly $900 million in overpricing — including potential fraud — that the Defense Contract Audit Agency had identified from a sample of defense contracts, according to Yahoo News. The auditing agency had looked at a $95 billion sample of contracts, meaning defense industry had overcharged roughly 1% of the total costs.

Documents obtained by Yahoo News appeared to support the auditors' finding that defense contracts may have overcharged the government nearly $1 billion. The documents also showed that the amount of money that the Pentagon was recouping from such overcharges had dropped from 94% in 2012 to just 3% in 2018.

However, the Defense Department is pushing back on the notion that it overpaid defense companies by about $900 million, known in Pentagon jargon as “defective pricing.”

A Defense Department spokesman insisted that the $900 million in overcharges and potential fraudulent expenses that the DCAA found in a sample of contracts is an inflated figure, but he acknowledged that defense officials are looking into roughly $600 million that contractors may have overcharged the Pentagon.

In other words, according to the Pentagon, $600 million in taxpayer funds that may be wasted isn't a big deal in the grand scheme of things.

Assad said he believes the Pentagon tried to discredit him after he spoke to Lord about investigating overcharges. That same day, Defense One reported Assad had charged the government more than $500,000 in travel expenses between 2012 and 2018, according to Yahoo News.

Assad claims the story was an attempt to smear him. When he was named top contract negotiator in 2011, then-Defense Secretary Ashton Carter allowed him to work out of Boston and fly to Washington, D.C. when he had meetings at the Pentagon.

“All I can tell you is every single trip that I made was fully authorized,” Assad said. “Now I want to tell you what Ashton Carter told me. He said to me: 'Shay, yes, you can run the defense cost and pricing center out of Boston … but when I need you at the Pentagon, you will be here.' I said: Yes sir. And that's what I've done. That's what I did.”

Even though Defense One's Dec. 21 story about Assad's travel expenses posted on the day he reportedly talked to Lord about investigating contracts, the media outlet had begun working on it long beforehand, said Executive Editor Kevin Baron.

“Defense One started reporting about Shay Assad in the fall of 2018 after learning independently he was no longer the Pentagon's top negotiator and was in the process of being transferred,” Baron said on Tuesday.

“Knowing Assad had an arrangement that allowed him to live in the Boston area and commute to Washington, we requested the cost of his taxpayer-funded travel expenses. That request was made formally in writing on Dec. 18, 2018. A Pentagon spokesman provided that information on the afternoon of Dec. 20, 2018. The story was posted the morning of Dec. 21, 2018.”