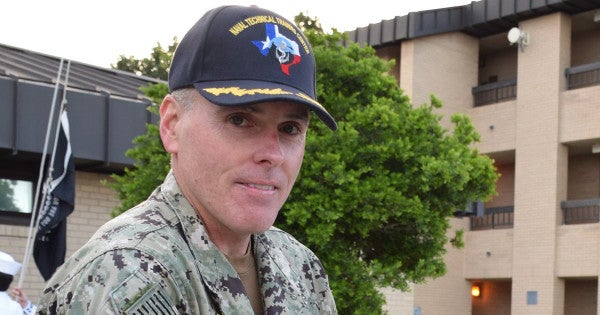 The Navy on Friday fired the commanding officer of the Naval Technical Training Center in Texas due to a “loss of confidence” in his ability to command, the service said in a statement.

Cmdr. Robert Arias was relieved of command of the Lackland-based training center by Capt. John Ferguson following an investigation that was not “criminal” in nature, according to a Navy spokesman.

Arias was replaced by Cmdr. Brian Carroll, who assumed the duties “effective immediately,” the Navy statement said. Arias will be temporarily assigned to the Naval Education and Training Command in Pensacola, Fla.

A former enlisted sailor, Arias was commissioned into the Navy in 2000 and later served aboard several ships at sea, according to his official biography. The New Mexico native also deployed to Iraq where he led intercostal waterway military and police transition teams.

He was promoted to commander in 2014.