Relieved due to a "loss of confidence in her ability to command." 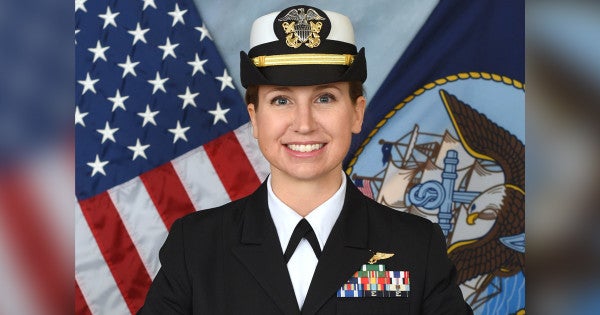 The Navy has fired the commanding officer of reserve sailors in Portland, Ore. due to a “loss of confidence in her ability to command,” the service said in a Friday press release.

Cmdr. Erin E. Borozny was relieved of her duties as commander of the Navy Operational Support Center in Portland on Friday by Capt. Jonas C. Jones, the commander of Navy Reserve forces in the Northwestern U.S. She had been in command for less than a year.

Lt. Adam Demeter, a Navy spokesman, told Task & Purpose the decision to relieve Borozny was based on her “overall performance,” and said she was not under investigation.

Borozny, a reserve human resources officer, has been temporarily reassigned to the regional Navy Reserve headquarters in Everett, Wash., the release said, which added that “further proceedings are not anticipated at this time.”

Cmdr. Christian R. Parilla has stepped in as commander of NOSC Portland until a permanent replacement can be assigned, according to the release.

Navy Operational Support Centers are responsible for the readiness and training of sailors in their respective states, and support active-duty commands across the fleet.

Borozny, a Naval Academy graduate who was promoted to commander in June 2019, took command of the unit on Oct. 7, 2019. Her awards and decorations include two Navy/Marine Corps commendation medals, three Navy/Marine Corps achievement medals, and the Navy “E” ribbon.

Correction: This original photo for this article was inaccurate. It has been updated since a photo of Borozny was not immediately available. We apologize for the error.