Navy goes on a firing spree: 5 senior leaders canned in past month

A Navy spokesman said there is no connection between any of the five officers relieved of command, adding that each relief is looked at separately. 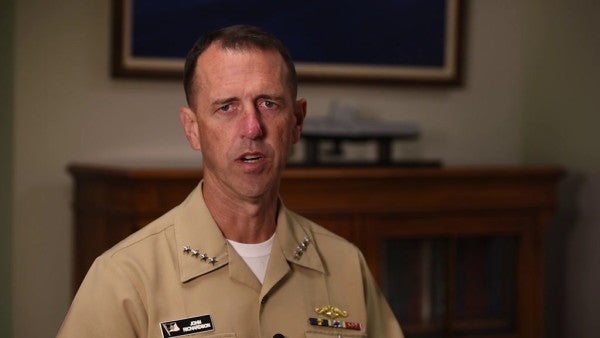 The Navy has fired five senior leaders so far in August – and the month isn't even over.

While the sea service is famous for instilling in officers that they are responsible for any wrongdoing by their sailors – whether they are aware of the infractions or not – the recent rash of firings is a lot, even for the Navy.

A Navy spokesman said there is no connection between any of the five officers relieved of command, adding that each relief is looked at separately.

“As such, they are expected to maintain the Navy's high standards for leadership, demonstrating character and competence in their conduct at all times. The Navy holds those accountable when standards are not met.”

The first officer fired this month was Rear Adm. Stephen Williamson, who was relieved on Aug. 2 as director of industrial operations at Naval Sea Systems Command after an investigation found he had “a consensual, but inappropriate, personal relationship,” said NAVSEA spokeswoman Colleen O'Rourke.

As of Wednesday, no charges had been preferred against Williamson, who has been transferred to the Office of Naval Research, O'Rourke told Task & Purpose.

Capt. Theron Toole was the next to fall. He was relieved as commander of the Navy Medicine Operational Training Center on Aug. 13.

Angela Steadman, a spokeswoman for the U.S. Navy Bureau of Medicine and Surgery, did not provide a specific reason why Toole was fired by Rear Adm. Tina Davidson, head of Navy Medicine Education.

“Simply put, Rear Adm. Davidson lost confidence in Capt. Toole's ability to command, and maintain operational readiness and the mission,” Steadman told Task & Purpose on Wednesday. “It was her recommendation that he be relieved of duty as the commanding officer of Navy Medicine Operational Training Command. Capt. Toole is not under investigation and he is not being charged under the UCMJ.”

Next out the hatch was Lt. Cmdr. Jonathan Cebik, who was fired as executive officer of the fast-attack submarine USS Jimmy Carter on Aug. 19.

The Navy is investigating questions about Cebik's personal conduct, said Cmdr. Cynthia Fields, a spokeswoman for Submarine Forces Pacific, who could not elaborate further.

The day after Cebik was fired, two officers for a Japan-based ship were both relieved of command: Capt. Tadd Gorman, who had served as skipper of the cruiser USS Antietam for just 12 weeks; and Lt. Cmdr. Randall Clemons was relieved as executive officer of the USS McCampbell.

The two firings are not connected, said Lt. Cmdr. Matt Knight, a spokesman for Task Force 70.

“Lt. Cmdr. Clemons' performance had been evaluated by leadership at multiple levels and it was determined he was consistently not meeting the high standards which is expected of an executive officer,” Knight told Task & Purpose. “This led to the loss of confidence in his ability to fulfill his responsibilities as executive officer.”

“Commander, Task Force 70 conducted an investigation into Capt. Gorman and on the basis of the findings, relieved him of his duties as commanding officer,” Knight continued.

The slew of firings comes at the very end of Adm. John Richardson's tenure as chief of naval operations, during which the Navy became noticeably less open with the media and general public. Last year, the service stopped making public announcements when commanders and other leaders were fired and only responded to questions after reporters learned of a relief of command.

Until then, the Navy had been known as the most transparent of the military branches. It is not yet clear whether Adm. Michael Gilday will restore the Navy's commitment to forthrightness after be becomes chief of naval operations on Thursday.

UPDATE: This story was updated on Aug. 21 with comments from Lt. Cmdr. Matt Knight of Task Force 70.