Now might not be the time for "mandatory fun" 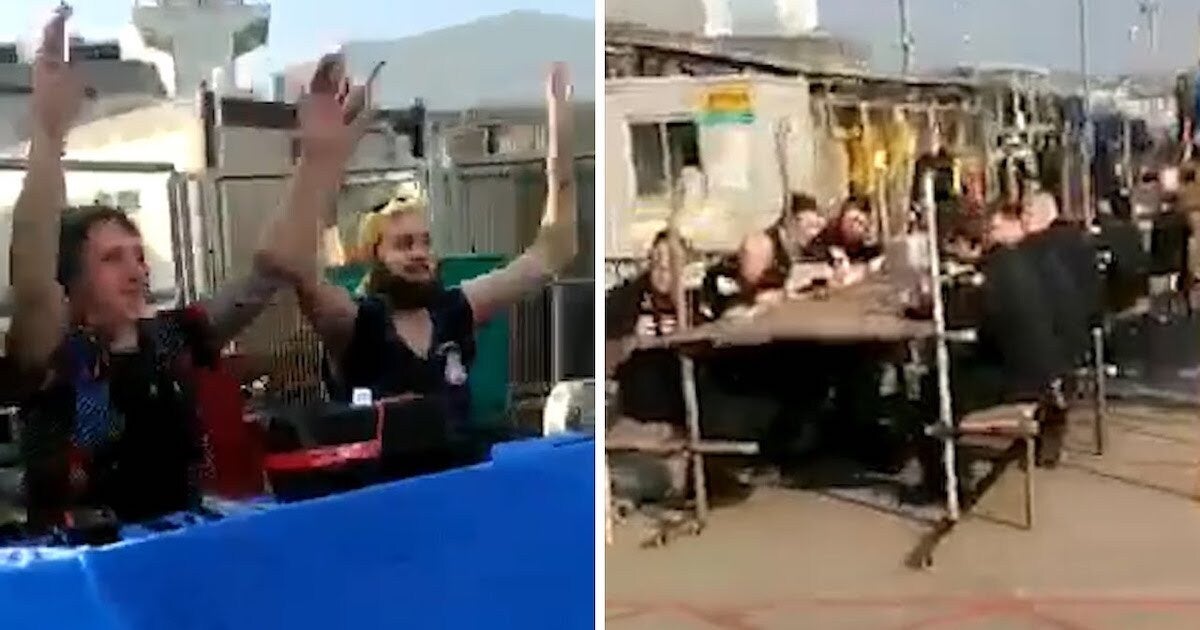 A captain in the United Kingdom's Royal Navy has reportedly been relieved of command for throwing a party while at port in the midst of a global pandemic.

According to the BBC, Cmdr. Jonathan Lewis, the commanding officer of the HMS Trenchant, permitted the crew to host an outdoor barbecue while they were supposed to be on lockdown at the dock in Plymouth, England.

In light of the novel coronavirus (COVID-19) pandemic, Lewis was advised not to go ahead with plans for the party given that hanging around a smoker with your buddies isn't conducive to social distancing.

As the Telegraph reported, the Trafalgar-class submarine had been at sea for months and was undergoing a period of routine maintenance

Video of the party was originally published in a blogpost on Forces Compare, an insurance website geared toward the military in the UK, and shows the crew enjoying what is arguably a well-deserved, if ill-advised, gathering.

There are more than 162,000 confirmed COVID-19 cases in the United Kingdom, and 21,745 deaths as of Wednesday, according to data from Johns Hopkins University.

Roughly 9 percent of the UK's military were unable to serve as of April 16 due to COVID-19, according to The Guardian, which reported that the reasons for service members' absences ranged from self-isolating to looking after family members.

Militaries across the globe have faced particular challenges when it comes to stemming the spread of the virus aboard warships, where close proximity is a fact of life and social distance — a key safeguard to prevent transmission — is a challenge to maintain.

The U.S. Navy has reported cases of the virus aboard the USS Kidd, as well as the USS Theodore Roosevelt — which made national headlines after the commanding officer of the aircraft carrier was relieved earlier this month.

There have also been more than 1,000 confirmed cases of the virus aboard the French aircraft carrier Charles de Gaulle.

According to the BBC, Lewis will be assigned different duties, though he will remain in the Navy.

CORRECTION: 4.30.2020; This article has been corrected to note that the video of the party was originally published in a blogpost on Forces Compare, a military insurance website in the UK.