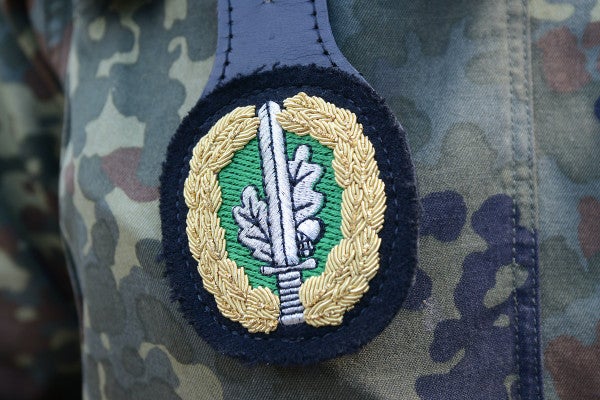 BERLIN (Reuters) – German police on Wednesday seized arms and explosives in a raid at the home of a special forces soldier, the defense minister and army sources said, an embarrassment to a military trying to deflect accusations that it harbors right-wing extremists.

It was not clear if the soldier had intended to use his weapons to carry out an attack. Defence Minister Annegret Kramp-Karrenbauer said the military would not tolerate members who “act in a radical way.”

The Dresden Prosecutor General said “a large amount of evidence” was confiscated during the raid at the property of the 45-year-old German man in Nordsachsen near Leipzig in the eastern state of Saxony.

He is suspected of violating Germany's Weapons Control Act.

The Dresden prosecutor said the raid had been carried out based on information from the army's counterintelligence unit.

It did not say if the soldier had been detained, but Kramp-Karrenbauer said he may no long wear an army uniform or enter military premises.

Germany is struggling to tackle a rise in far-right radicalism which has culminated in attacks including a shooting rampage in Hanau in February when a racist gunman killed 11 people, including migrants and himself.

This has coincided with efforts by the German army to root out extremism in its ranks after a scandal in 2017.

A report by the military intelligence in March said Germany had uncovered eight right-wing radicals in the armed forces and 27 individuals who have reservations about the post-war democratic constitution.

The investigations were prompted by the arrest in 2017 of an army officer who was suspected of planning a racially motivated attack. Legal proceedings in that case are continuing.

Also in 2017, Nazi memorabilia, including Nazi-era Wehrmacht helmets, was found at a barracks.

Given Germany's Nazi past, many lawmakers insist on “zero tolerance” for far-right extremism and have demanded action.