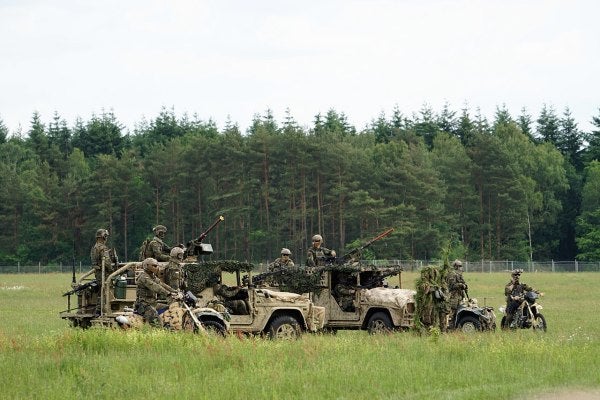 BERLIN (Reuters) – Germany's defense minister plans to disband a company of its elite KSK special forces in an effort to purge them of a persistent problem of far-right extremism, a ministry document obtained by Reuters on Tuesday showed.

Established in 1996, the KSK's reputation was tarnished in 2003 when its then-commander was forced into early retirement after being accused of being close to far-right extremists – links that have continued to dog the unit's reputation since.

In May, police seized weapons, explosives and ammunition during a raid on the private property of a KSK soldier in the eastern state of Saxony. There have been several recent far-right incidents in the unit, the ministry document showed.

“The second company will be disbanded,” Defence State Secretary Peter Tauber wrote in the document.

“An analysis of current events and right-wing extremist cases makes it clear…that the KSK, at least in some areas, has become independent in recent few years, under the influence of an unhealthy understanding of elites by individual leaders.”

In June, a KSK captain asked Defence Minister Annegret Kramp-Karrenbauer to intervene in a 10-page letter in which he accused instructors and senior commandos in the unit of cultivating a “toxic culture of acceptance” under which complaints about far-right influence were suppressed.

Germany is trying to stem a rise in violent far-right ideology. In February, a 43-year-old racist shot dead nine people with immigrant backgrounds in the town of Hanau before killing his mother and himself.

As part of Kramp-Karrenbauer's crackdown on the far right, KSK operations will be moved to other units as far as possible and the commando unit's exercises and international cooperation endeavors will be suspended until further notice.

The KSK aims to be 1,000-strong but has never been that big due to tough selection tests.