"He was a very motivated soldier, and we will miss him" 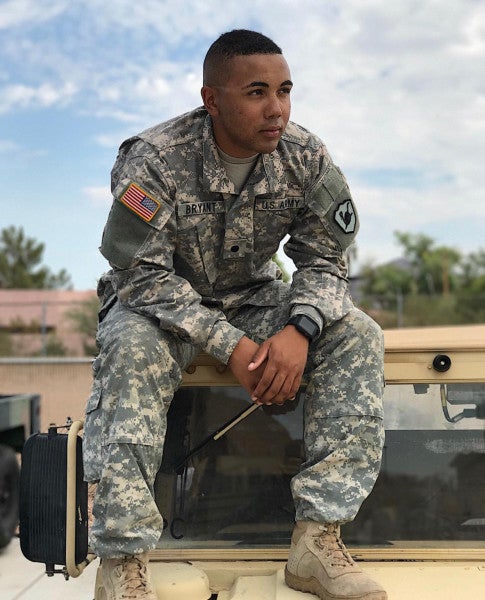 A 23-year-old Arizona National Guard soldier died on Wednesday after collapsing during a physical fitness test.

2nd Lt. Robert Dwayne Bryant Jr. was participating in the running portion of the fitness test, which he was taking for the Basic Officer Leader Course, when he “fell down,” according to an Arizona National Guard press release.

Paramedics quickly took him to a nearby hospital where he died 24 hours later, the press release said.

Bryant was a member of the 850th Military Police Battalion; in his civilian life, he was a member of the Phoenix Police Department. He enlisted when he was 17, and commissioned last year through Arizona State University's Reserve Officer Training Course.

“He always wanted to be a police officer and an MP,” Chun said in the release. “And it showed in his actions. He was a very motivated soldier, and we will miss him.”

Brig. Gen. Joseph Baldwin, the land component commander of the Arizona Army National Guard, said it's “always painful to lose one of our own.”

“[W]e are not just soldiers, but members of the community, so when we hurt the whole community hurts,” Baldwin said.

The cause of Bryant's death is currently under investigation.