A National Guard private was charged with manslaughter. The victim’s family says he did it to be ‘TikTok famous’ 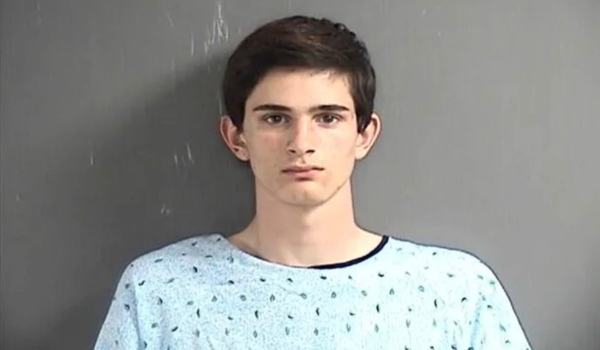 A National Guard private has been charged with allegedly killing his neighbor in an altercation that the lawyers representing the victim's family say stemmed from his desire to be “TikTok famous.”

The New York Times reports that Pfc. Zachary Latham, 18, moved into his grandparents' home in South Jersey two years ago, which is when his feud with his neighbors, the Durhams, began.

Nahaku McFadden, a spokesperson for the National Guard, confirmed to Task & Purpose that Latham is currently a private first class in the New Jersey National Guard.

The arguments between Latham the Durhams — William Durham Sr., a corrections officer, his wife Catherine, and their two sons — primarily concerned Latham’s driving, which they believed to be reckless.

Latham reportedly filmed his interactions with the Durhams and posted them on TikTok. One video, in which Latham called William Durham’s wife, Catherine, a “Karen” has over three million views, according to the New York Times.

The incidents died down for a while until starting up again in April and proceeding to escalate until on May 4, the Durhams accused Latham of “[swerving] his pickup truck at their 17-year-old son,” which Latham denied.

Later the same day, William Durham blocked Latham’s truck on the street with his truck, while Catherine Durham “challenged” Latham over the alleged incident involving her son.

A video recording of the exchange shows Latham “throwing an elbow at Ms. Durham, pushing her back, knocking the phone from her hand and speeding off toward home,” the New York Times reports. When he got home, Latham’s wife, Sarah, came down their driveway to “confront the Durhams’ sons as they came onto the property,” while recording on her phone.

Zachary Latham told the Durhams’ sons to “back up,” the Times reports; William Durham soon arrived at this house in his truck. Latham’s attorney says that in Sarah Latham’s recording, the couple can heard “clearly” instructing the Durhams to “get off the property.” According to the New York Times, the prosecution team “also says Mr. Latham issued such a warning.”

The Durhams, however, continued approaching, ”their hands visibly empty” according to the Times report, until Zachary Latham “fired a stun gun and swung a knife at one of the Durhams’ sons.”

The confrontation escalated until William Durham following Latham into his garage, where the stun gun was “repeatedly” fired and Durham was “stabbed under the armpit, puncturing his lung,” per the Times.

At a May court hearing, Latham’s public defender Nathan Perry said that his client acted in self-defense, and that to “a very, very fair extent, the Durhams visited this great sadness upon themselves,” the Times reports.

But the Durhams’ lawyers wrote to the prosecution team that Sarah Latham said she filmed the May 4 confrontation “because it was her and Latham’s intent to post these videos to TikTok and become ‘TikTok famous.'”

“If Latham was in fear for his or Sarah’s safety, they both would have retreated inside, called police and stayed there,” the lawyers said in June, according to the Times.

Latham is currently out of jail until his trial begins “some time next year,” the New York Times reports.