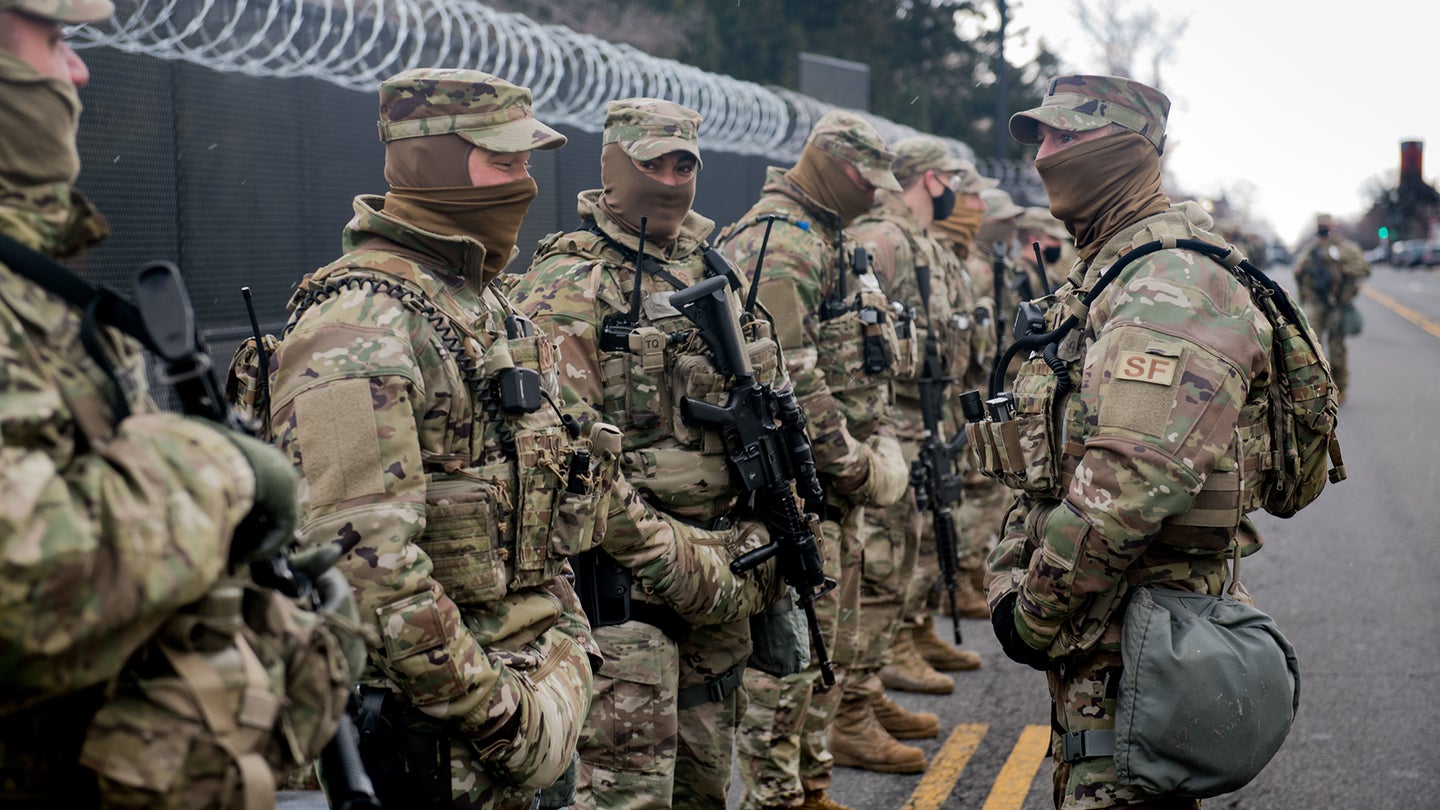 The adjutant general for the Oklahoma National Guard has openly defied the Defense Department by decreeing that none of his guardsmen will be punished for refusing to get vaccinated for the novel coronavirus (COVID-19).

Army Brig. Gen. Thomas Mancino issued a memo exempting Oklahoma National Guard troops from the Defense Department’s COVID-19 vaccine mandate on Nov. 11, just one day after he was appointed by Oklahoma Gov. Kevin Stitt, according to Carmen Forman, a reporter for The Oklahoman newspaper.

A spokesman for the Oklahoma National Guard deferred questions about the vaccine brouhaha to Gov. Stitt’s spokesman Charlie Hannema, who told Task & Purpose that the governor had ordered Mancino to issue the memo.

Under Title 32 of the U.S. Code, the National Guard falls under a state or territory’s governor unless those soldiers and airmen are activated for a federal mission, Hannema said.

“It is the governor’s position that as commander-in-chief, he is the one with the authority to enforce policies while on state duty,” said Hannema, who added that he is unaware of Oklahoma National Guard troops being exempt from any other Defense Department requirements.

This isn’t the first time that the Oklahoma National Guard has come up against Defense Department policy. In 2013, Oklahoma was one of nine states that initially refused to issue military identification to the same sex spouses of National Guardsmen despite the Defense Department’s official policy. Then-Defense Secretary Chuck Hagel ordered the chief of the National Guard Bureau to meet with the adjutants general for each state to resolve the issue. The matter was settled that December.

As of Tuesday, Defense Secretary Lloyd Austin had not responded to a Nov. 1 letter from Stitt asking that Oklahoma National Guardsmen be exempted from his order in August requiring all service members to get vaccinated for COVID-19.

While National Guardsmen report to their governors, they also must meet federal requirements to go to schools, train, and deploy, Kirby said at a Pentagon news briefing

Notably, defense officials have not said how the Pentagon can force Oklahoma Guardsmen to get vaccinated for COVID-19.

Kirby became irritated on Tuesday when a reporter asked him if the Defense Department has the authority to enforce its vaccine mandate while Oklahoma National Guardsmen are on state orders.

But experts say the law may be on the Oklahoma National Guard’s side because the Defense Department’s vaccine requirement would only apply if the Guardsmen were placed on federal orders.

“One way that this entire thing could go away is if the entire Guard got federalized, but you’re talking about a big commitment there,” said Butch Bracknell, a retired Marine lieutenant colonel who served as a legal advisor for the 1st Marine Division.

For example, if the entire Oklahoma National Guard was federalized in response to tornadoes, floods, or other natural disasters, Mancino would lose his power to exempt his Guardsmen from the Defense Department’s vaccine mandate, Bracknell said.

The federal government also provides the Oklahoma National Guard with its equipment and a major part of its funding, both of which the Defense Department could theoretically withhold to prompt the state’s Guardsmen to meet the vaccine requirement, said retired Army Col. Michael Linick, a defense researcher at the RAND Corporation.

“Those would certainly be options that are available to the Pentagon,” Linick said. “Clearly, they have major political implications. But these are policy decisions and political decisions. It would be interesting to see how that played out between the administration, the Congress, and the other 53 governors.”

President Joe Biden’s administration also has the option of removing Mancino from the National Guard by withdrawing his federal recognition as a National Guard officer, said Rachel VanLandingham, a retired Air Force lieutenant colonel and a professor at Southwestern Law School in Los Angeles.

“Of course, the issue at hand is larger than one adjutant general, as this is a project by the governor, but Secretary Austin simply cannot and should not tolerate such public defiance,” she said.