"The soldier met every standard ... We are proud of the results of her efforts." 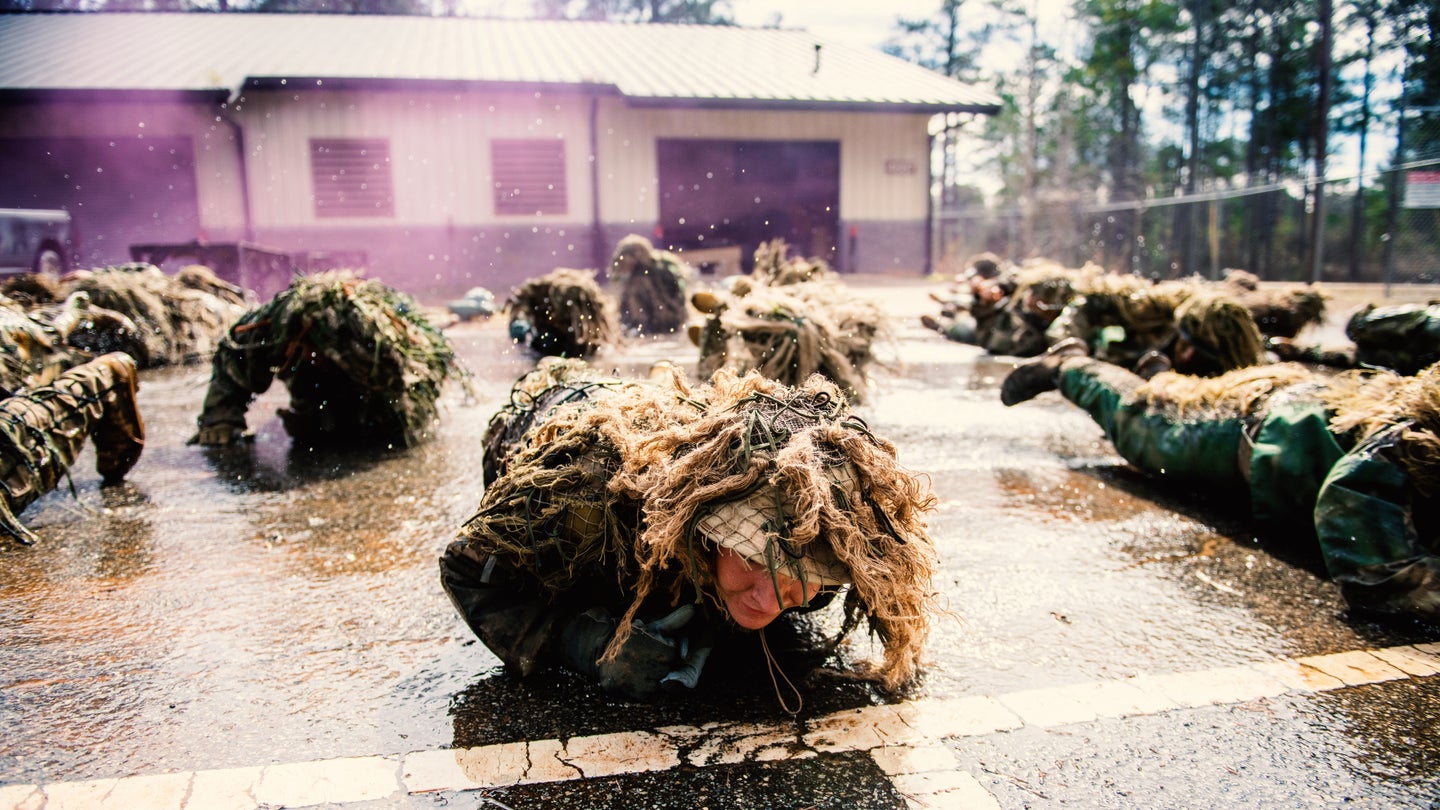 In Week 3 of U.S. Army Sniper School, 35 students participate in the ghillie wash, which is designed to test the strength and durability of the suits as well as weather them. Sniper School students use sand, water and mud, all in an effort to perfect one of their most important tools: their camouflage. (U.S. Army photo by Patrick A. Albright, Maneuver Center of Excellence and Fort Benning Public Affairs).
SHARE

A Montana Army National Guard soldier is the first woman ever to graduate from the Army’s intensive, seven-week sniper course.

The soldier, who the Army is not identifying upon her request, graduated the course at Fort Benning, Georgia, on Nov. 5, according to a Montana National Guard press release. She enlisted in the Montana Guard in Dec. 2020, and began the sniper course in September this year.

“The soldier met every standard required to graduate the United States Army Sniper Course,” Capt. David Wright, Battalion Commander, U.S. Army Sniper School, said in the release. “She arrived prepared for training and physically conditioned to succeed. We are proud of the results of her efforts and the quality training provided by the Sniper Course Cadre.”

The soldier was attending Infantry One Station Unit Training (OSUT) at Fort Benning and had just qualified as an expert shooter, when she was recommended for the course by her chain of command and training staff. Capt. Joshua O’Neill, the OSUT company commander, said in the release there “wasn’t a doubt in our minds that she would succeed” in the course.

Maj. Gen. J. Peter Hronek, the Adjutant General of Montana, said in the release that the soldier “had to volunteer several times to reach this goal, which is a demonstration of her dedication and commitment to service.”

Women in the Army have continued checking off accomplishments since all combat jobs in the military became fully available to women in 2015: women have graduated the Army’s extremely intense Ranger School; led Army Rangers in combat; and just last year, a National Guard soldier became the first to join the service’s elite Green Berets.

It shouldn’t come as any surprise that “qualified sniper” would be added to that list.

The Army’s sniper course is meant to form a soldier into “the most feared weapon on the battlefield,” according to a description of the course. Soldiers are trained on a series of skills including target detection, range estimation, advanced camouflage techniques, sniper tactics, advanced marksmanship, known and unknown distance firing on stationary and moving targets both during the daytime and in different weather conditions, and concealed movement.

An instructor at Army Sniper School, Staff Sgt. Brian Moran, said in a 2017 press release that students can’t have a problem being isolated — snipers are typically deployed in teams of two — and they must be patient, physically fit, quiet, smart, agile, and adaptive. They need a “high tolerance for discomfort,” Moran said, strict self-discipline, and an extreme attention to detail.

“Snipers are detail-oriented, can accomplish a task with little or no support, and can help every commander at every level if they are given the opportunity,” he said. “Put faith in your snipers, and they will get you the results you need, and much more.”