A soldier deployed to Iraq spotted a pair of would-be burglars on his Nest doorbell camera leaving his garage with his power tools, so he called the cops... from thousands of miles away. 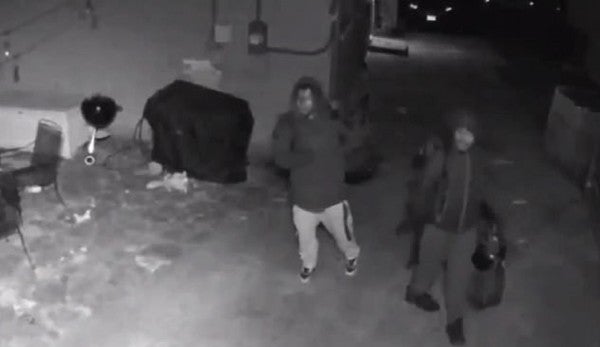 The WiFi on military bases overseas has come a long way in recent years — a fact made abundantly clear when a soldier deployed downrange recently spotted a pair of would-be thieves on his doorbell camera leaving his garage.

On Feb. 21, Richard Wharton, a soldier serving in Iraq, got an alert on his Nest camera app. When he pulled the app up on his smartphone, he saw two men leave his garage carrying what appeared to be his power tools, according to the Daily Mail.

Despite being thousands of miles from his Park Ridge, Ill., home, Wharton called the police and relayed what he was seeing.

“It was 2:30 in the morning back here and he just happened to have the alert and watched them and connected great with us,” Tom Gadomski, the executive officer with the Park Ridge Police Department told WGN 9, a local Chicago news station.

“We had officers right in the area and were able to find the offenders and take them into custody,” Gadomski told WGN 9.

Though Wharton's rank, unit, and military occupational specialty were not cited in other media reports, Gadomski told Task & Purpose that “we were able to confirm through his family that he is active in the Army and overseas.”

Army Human Resources Command did not immediately respond to a Task & Purpose query regarding Wharton's service.

The suspects, Brandon Shaw and Andres Gutierrez, were promptly arrested and taken into custody.

According to a press release from the Park Ridge Police Department, Shaw and Gutierrez were charged with three counts of burglary and are suspected to have taken items from cars and homes in the neighborhood.

“The Park Ridge Police Department extends our sincere appreciation to Soldier Richard Wharton who, while protecting his country overseas, also assisted his hometown police department in the apprehension of two burglary suspects,” the Park Ridge police said in the statement.