It takes more to be a Marine than hitting black on the range at 500 yards. It’s not just about... 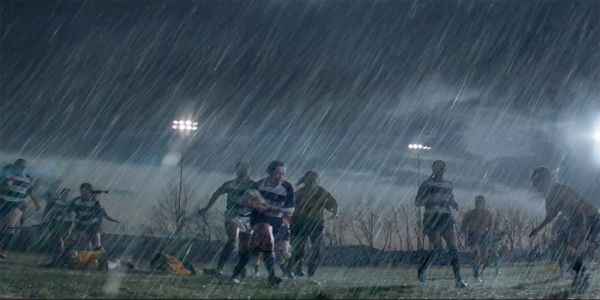 It takes more to be a Marine than hitting black on the range at 500 yards. It’s not just about knocking out pull-ups and leaving the wire on deployment. It means hating bullies and having the fortitude to stop them. It means being strong, not just physically, but mentally and morally.

The Corps’ latest recruiting message: It cares about those attributes, not your sex.

That’s one of the many messages conveyed in “Battle Up,” a new minute-long installment in the Marine Corps’ “Battles Won” video campaign — and the service’s the first recruiting commercial — to spotlight a female Marine as the central character. The full commercial, published online Friday, will begin airing on TV later this month.

“Battle Up” presents a single narrative arc — the evolution of a young girl from bully-confronter to hardscrabble rugby back to officer candidate to combat Marine and community-builder.

The ad’s grownup star is, in fact, a real quatrefoil-wearing female: Capt. Erin Demchko, who’s on active duty with III Marine Expeditionary Force in Okinawa, Japan. Demchko is a combat veteran of the war in Afghanistan, where she led a female engagement team. She’s also trained would-be officers at The Basic School in Quantico, Virginia and is a graduate of the Army Airborne School, Expeditionary Warfare School, Joint Humanitarian Operations Course and the Martial Arts Instructor Course. No big deal.

“I am extremely humbled to be a part of such a big production,” Demchko told the Associated Press in an interview. “Professional actors can keep their jobs, though. I’d rather be a Marine.”

“Battle Up,” like the other videos in the Corps’ newest advertising campaign, frames service in the Marines as a constant moral and physical struggle. At a time when the service is looking to reestablish discipline and good order and punish members who fueled the Marines United nude photo-sharing scandal, it’s easy for a lot of women to look at the news and come to the conclusion that the Corps isn’t for them. With this new ad, the Marines are clearly trying to convey the opposite feeling: There is a home for take-no-shit women in the Corps.

“This advertisement and the others associated with the Battles Won brand idea evidences with absolute clarity the indomitable fighting spirit of our nation’s Marines,” Lt. Col. John Caldwell, the assistant chief of staff for Marine Corps Recruiting Command said in a statement. “Marines don’t back down from a fight – whether personal, in combat, or when confronted with injustice; Marines fight and win the battles they face throughout their lives.”