Some male special operators were quoted as criticizing “this woke narrative of ‘diversity and inclusion.’” 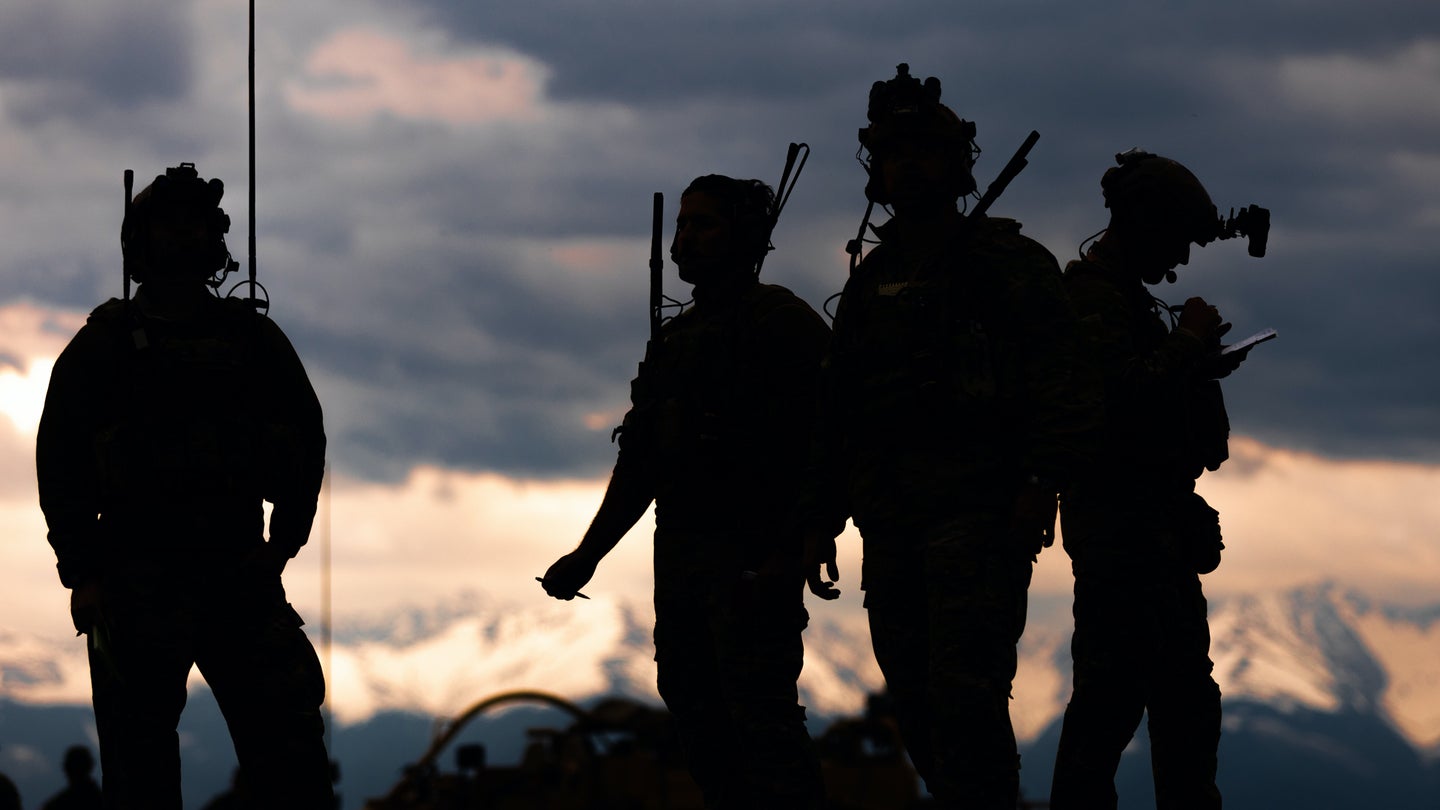 Women serving in Army special operations roles reported issues with ill-fitting equipment, pressure from their units to return from parental leave early, and gender bias in the workplace in an internal survey obtained by Task & Purpose.

Forty percent of women in Army special operations said they’ve faced gender bias in the workplace, according to an initial report of a survey put together by the U.S. Army Special Operations Command. The report included results of a survey of 1,001 women — 837 uniformed women, and 164 civilians; 4,009 “non-women” also responded, which the survey said included soldiers who marked the male, transgender, or “do not identify with any gender” categories.

Jamie De Coster, the director of the action group who organized the survey, told Task & Purpose that the idea for the survey came up last year. The intent was to get more data to figure out “what we could do to better support our women in [special operations],” De Coster said.

“As we kind of had informal conversations with some of our women SOF soldiers, we realized that … they don’t like to complain,” De Coster said. “And so what we needed to do was create an anonymous opportunity and some sort of forum for them to have that outlet, so when issues came up we had actual data and information and we could take informed decisions based off of it.”

When the survey was put together in April, De Coster said they immediately began holding focus groups with special ops soldiers to dive deeper into each issue. One of the main issues women pointed to in the survey was ill-fitting equipment: 39% of all women surveyed said they struggled with equipment that didn’t fit them properly. For women without children, the number was 45%.

“The smallest body armor option is too big for me, and I am not the smallest woman in my unit,” a female officer said. “That in itself screams ‘you don’t fit here.’”

De Coster called those numbers “insane” and said discussions have started with Special Operations Command to “fix some of the common problems” that are being identified in the focus groups.

On top of the gender bias and ill-fitting equipment, a third of all women surveyed said they face challenges with childcare and pregnancy: 32% said they faced problems getting support from their peers or leaders; and 29% said sexual harassment was a primary challenge women face.

One female officer said in the report that she was “terrified” to tell her command she was pregnant because she felt they’d “think I was avoiding a deployment even though I had put off having children for a long time in expectation of a deployment.” The idea that women get pregnant to avoid deployments has been a long-held (and debunked) belief among men in the military.

The officer went on to say that she “pumped in the bathroom, scared to rock the boat” or to make it seem like her command was “making changes for me.”

“I went to [Joint Readiness Training Center] four months after a C-section and carried a 100lb ruck on a foot infill and didn’t say anything, just let them think I was slow,” she said. “I had no postpartum physical therapy after my C-section, just after my second delivery, but think this has led to a decline in my physical health and injuries. I deployed when both my babies were 4 and 6 months, I delivered both my babies when my husband was deployed and both times my unit did not reach out and I refused to ask as I felt it showed weakness.”

Other women in the survey said they had to “work harder to be seen as equals” to their male colleagues, and are “required to be better than their male counterparts in order to be considered performing the same.” De Coster recalled one woman who came up to her during a focus group and urged her to emphasize that women “want to be here, we deserve to be here, we’re happy to be here, we are SOF operators.”

De Coster said it was fascinating to see the opposite perception among the men and women.

“The reason we pulled this out is like, hey general officers, hey commanders, we’ve been beating the drum on this stuff — that standards haven’t changed and people have to meet the standards — the force is still feeling this way,” De Coster said. “We’ve got to keep messaging this, we’ve got to keep addressing it and bringing it up and talking about it.”

Men were quoted as criticizing “this woke narrative of ‘diversity and inclusion.’” One male officer said women are “held to a lower standard than men or a much higher standard, if the leader/commander is overcompensating.” Another said leaders “don’t know the regulations governing female wear of uniform and appearance,” and are often too scared to say something “for fear of being seen as a ‘women hater.’”

“Stop the social experiment. The first female [Green Beret] is already a meme,” a senior male NCO said. “Respect has gone down. [Morale] has plummeted. Most guys talk about getting out rather than staying in.”

And while 20% of women experience sexual harassment, and 71% of those women don’t feel comfortable reporting it, a quarter of men in Army special operations said they fear interactions with women because of sexual harassment training.

“I am afraid that if I fail a female who fails to meet the standards, she can end my career by claiming SHARP,” one male officer said, pointing to another pervasive myth that false reports of sexual assault or harassment are common occurrences used to ruin careers.

A total of 44 women had graduated from the Army’s Ranger School as of last year, an article from the Center for a New American Security (CNAS) said, and it wasn’t until last year that a woman officially joined the ranks of the Green Berets for the first time.

Joe Kent, a retired Army Special Forces chief warrant officer whose wife, Navy Senior Chief Petty Officer Shannon Kent, was killed in 2019 while conducting special operations against ISIS in Syria, addressed that thinking in an op-ed at Military Times last year. Women have fought alongside special operations forces for decades, Kent wrote, but “previously were limited by their job titles.”

“By now we all know women in combat and women in special operations is nothing new,” Kent wrote. “By allowing women to try out for SF, we are giving them the credit they have long deserved — they have earned the right to push themselves, be miserable and live a demanding lifestyle.”

But despite all of the challenges women face, 72% of women in Army special operations still said they’d support their daughter’s decision to serve in that community. More than half of the women surveyed said they think “diversity and inclusion is improving” special operations and that women in special ops are “in a better situation” than women throughout the rest of the Army.

One female officer said in the report that she’d like to stay in Army special operations as long as she can “to break the mold and have women in senior and/or nominative positions.”

“I want to make it easier,” she said. “And less of a surprise for the next generation.”

De Coster said the survey was difficult because the women they spoke with didn’t want to be singled out or seen as “female operators” — they’re operators, just like anyone else, she emphasized. But it was important, as progress continues and more women join the ranks, for leaders to see what kind of unique challenges women in special ops are facing, and how they can be fixed. More information about those problems and solutions, and what comes from the focus groups, will be available in September when a final report will be issued.

While speaking before the Senate Armed Services Committee in April, Lt. Gen. Francis Beaudette, the commander of U.S. Army Special Operations Command, addressed the importance of having diversity in special operations forces, calling it “fundamental” and assuring leadership was committed to “attracting and retaining the best and brightest talent, especially those of diverse backgrounds.”

“We are stacking the deck with the best athlete, best innovator, and best leader, and we must be intentionally inclusive,” Beaudette said. “My message to the rising talent of any background is this: you are welcome and we want you in our formations.”