10 Must-Read Books About Women In The Military

They Fought Like Demons: Women Soldiers in the American Civil War By DeAnne Blanton and Lauren M. Cook (2002) Blowing... 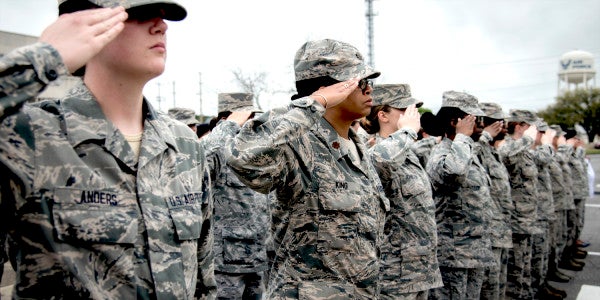 They Fought Like Demons: Women Soldiers in the American Civil War By DeAnne Blanton and Lauren M. Cook (2002) Blowing My Cover: My Life as a CIA Spy By Lindsey Moran (2005) Shoot Like a Girl: One Woman's Dramatic Fight in Afghanistan and on the Home Front By Mary Jennings Hegar (2017)

Women have served in every single armed conflict the United States has ever engaged in, but their contributions are typically missing from historical narratives. National security and military history reading lists, including this one by National Security Advisor Gen. H.R. McMaster, frequently only include books written by and about men. Despite women’s contributions to national security throughout history, they are time and again overlooked by leadership even in the 21st century. Yet, we will only learn from our past if we fully understand the sacrifices made by both men and women who served our country.

As the resident women-in-the-military historian, here are some of my favorite books on women in the military and intelligence services:

Massachusetts native Deborah Sampson enlisted in George Washington’s army at the age of 22, disguised as a man and under the pseudonym “Robert Shurtleff.” She served for nearly two years, including at the Battle of Yorktown. Wounded in action, she would become the first female veteran to receive a pension, recognized for her service by her home state. “Masquerade” in particular tries to separate the facts of her life from fiction and legend.

It’s estimated that over one thousand women disguised themselves as men to fight in the armies of the American Civil War. In their seminal work, Blanton and Cook illuminate that American women’s combat service has never been anomalous.

Sisterhood of Spies: The Women of the OSS ByElizabeth P. McIntosh (2009)

Before there was the Central Intelligence Agency and special operations forces, there was the Office of Strategic Services. The author herself was among the field intelligence officers to whom many women currently serving in the CIA and in SOF can directly trace their professional lineage. McIntosh elaborates a history of tradecraft, and the double edged sword of being underestimated for being a woman by both the enemy and her own male colleagues.

Last fall marked the 40th anniversary of women entering the service academies. “First Class” tells the first-hand account of what it was like for that first class of women, who endured the challenges, the loneliness, and daily vitriol and harassment that were the cost of breaking down barriers. The memoir also tells of the successes that makes such endurance worth it: the friendships forged in adversity, of academic and technical mastery, and the enormous pride on commissioning day.

Most CIA memoirs glorify the most glamorous, risky elements of field intelligence collection, and, they’re also mostly written by men. Lindsey Moran’s often-hilarious memoir of the five years she spent as a clandestine officer addresses the parts of the lifestyle that cannot be taught: What do you tell a guy at a bar you do for a living? How do you deal with an agency that seems to have no problem with male officers dating foreign women, but frowns upon female officers dating foreign men? “Blowing My Cover” recounts many the mishaps of 20-something professional life with a spycraft twist.

Ashley's War: The Untold Story of a Team of Women Soldiers on the Special Ops Battlefield By Gayle Tzemach Lemmon (2015)

To date, “Ashley’s War” is the only book that recounts the story of the Cultural Support Teams, all-female teams who were assessed, selected, trained, and deployed with Army Rangers and special operations teams specifically to communicate with and search women in conservative Afghanistan. The book focuses specifically on the story of 1st Lt. Ashley White, the first of two CSTs who were killed in combat (the other was Cpt. Jennifer Moreno). The significance of the book is that it brought to public consciousness the depth and extent to which women have served in post-9/11 conflicts, and remains the only contemporary book telling the story of women in special operations. Beautifully written, the book highlights the complicated duality of being a woman at war—and highlights the need for more women who served to tell their stories.

Love My Rifle More than You: Young and Female in the U.S. Army By Kayla Williams (2006)

Unlike Navy SEAL memoirs, which seem to be published every year, the genre of soldier memoirs from women who served in post-9/11 conflicts are few and far between. “Love my Rifle More Than You,” by Kayla Williams, now-director of the VA’s Center for Women Veterans, was among the first, published in 2006. Kayla’s narrative includes themes common in soldier-memoirs from barracks life to moral injury, but also includes themes unique to the female experience, including sexual harassment.

Danger Close: My Epic Journey as a Combat Helicopter Pilot in Iraq and Afghanistan By Amber Smith (2016)

War Virgin: My Journey of Repression, Temptation and Liberation By Laura Westley (2016)

Amber Smith’s “Danger Close,” Laura Westley’s “War Virgin”, and Mary Jennings Hegar’s “Shoot Like a Girl” are the most recent voices in the genre, all published in the last six months. Their narratives reveal the duality experienced by female combatants: victimization and empowerment, femininity in an often-hypermasculine environment, and other contradictions inherent to service in an institution that forgets women have always served in uniform.

While the genre of female soldier-memoirs is small, the recent uptick in publications may encourage more women veterans to share their valuable stories. It would also be beneficial to hear more stories from enlisted women and women of color. Most importantly, the more women choose to share their stories, it will become harder to overlook women’s contributions to national security.

Analysis
Entertainment
ashley&apos;s war
Masquerade: The Life and Times of Deborah Sampson
Shoot Like a Girl
women in military