The Looming Tower by Lawrence Wright (2006) is a devastatingly good book about a devastating event and what comes before. In... 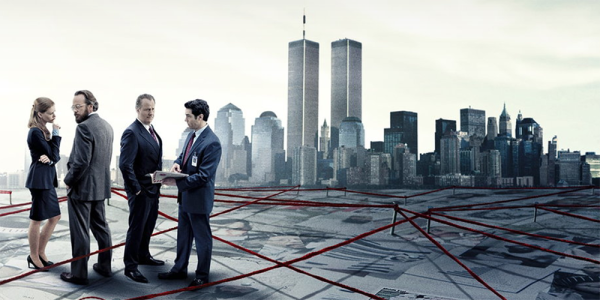 The Looming Tower by Lawrence Wright (2006) is a devastatingly good book about a devastating event and what comes before.

Hulu’s small-screen version captures the book’s virtues — its close-in focus on single actors, and how tracking a person makes a story mark time and crisscross the globe, showing those actors interacting with other people, with systems of belief, and within administrative structures. It's a richly realized transition from page to screen, with a clear understanding of the book in context and a handle on developments in television.

To date, Hulu’s handling of the story foreshortens Wright’s book by beginning in 1998 in America and Africa (instead of starting in 1948 with Sayyid Qutb’s journey to in America). The fractures within the U.S. government, between law enforcement and intelligence, between and within the FBI and the CIA, are central to Wright’s account, but so are the alignments and fissures between and within Islamic organizations and governments in the region.

Halfway through the series, there is still time, of course, to go back to 1948. I confess a preference not for a flashback, but for a season 2, a prequel, that would focus on the first three hundred pages of the book, including on Qutb, Ayman al-Zawahiri, Prince Turki al-Faisal, and Osama bin Laden. Hulu’s treatment of the book impresses me so much, in other words, that I am ready for a lot more of it.

Wright’s account of the separation of law enforcement and intelligence is a crucial panel in the triptych of the run up to 9/11 that stands alongside Steve Coll’s Ghost Wars (2004) about the CIA and Garrett Graff’s The Threat Matrix (2012) about the FBI. The Looming Tower is not, in other words, a cop show. It’s a show about push and pull between the CIA and the FBI, but it’s also a show about dynamics within the CIA and the FBI, about how Alec Station sits uneasily within the larger Agency and about how John O’Neill’s Counter Terrorism section also sits uneasily within the Bureau. These forces are palpable in Wright’s handling of them, and take on even greater substance because of how painstakingly Coll reveals the back-and-forth within the CIA over how to handle bin Laden and because Graff charts the FBI’s shift from a domestic law enforcement agency to an agency with a worldwide reach and intelligence-gathering capabilities.

The rise of high-quality serial television is another important backdrop to the 10-hour show. In the beginning it was all HBO all the time: Sex and the City (1998), The Sopranos(1999) and then The Wire(2002). Today we’re so used to long, complicated stories, each season of The Crown (2016) covers roughly a decade and the show is set to run for at least six seasons to that it can cover the six decades of Elizabeth Windsor’s reign, that we are in some danger of forgetting that there is a history to the rise of these serial productions that tells us a lot about their powers and limitations. Amid the Manolos and the Magnolia cupcakes from Sex we see that a show about four women, about their long individual trajectories and their intimate interactions with one another, holds viewers’ attention. The Sopranos and The Wire puts its characters’ trajectories and interactions inside hierarchical, powerful and violent organizations so that those arcs are shaped by the organizations as well as reshape the organizations.

The ability to make seemingly small-scale interactions crucial to the larger picture is a central feature of these productions. To understand the monarchy, the way it holds steady over centuries and molds to the moment, means watching Elizabeth Windsor inhabit the Crown, but also act as a daughter, a mother, a sister and a wife. The critical acclaim and popularity of these shows confirmed and fed an American appetite for extended stories that drew their complexity from well-drawn characters who vividly animate the inner workings of otherwise opaque and confusing organizations. To be sure, real people, even when drawn in composite, stand behind JeffDaniels, TaharRahim, MichaelStuhlbarg, Peter Sarsgaard, Wrenn Schmidt, Virginia Krull and Bill Camp, but they are also brought to the screen through the surprising power of “Carrie Bradshaw,” “Tony Soprano” and “Jimmy McNulty.”

Before 9/11, before he wrote The Looming Tower, Wright wrote a screenplay about a terrorist attack in New York City, The Siege (1998). In 2015, Wright and Alex Gibney brought Going Clear(2013), Wright’s book about Scientology,to the screen. Gibney has long experience in realizing on film what had already been written down. The strength of his translations is not so much their fidelity, though he sticks closely to the source, someone familiar with the original written material immediately recognizes the shape of the story, its signature events and its main players (read the coverage in the New York Times of the VW emissions outrage and then watch his excellent episode on VW of Dirty Money for an illustration). His ability to infuse seemingly banal administrative decisions with ethical and emotional force is his signature. Enron’s use of mark to market accounting in his version of “Enron: The Smartest Guys in the Room,” based on Bethany McLean and Peter Elkins’s book, which started as an article by McLean in Fortune, is just such an example. Jamelle Bouie’s reaction on Twitter to watching an episode of Dirty Money catches the impact of that force, “Watching the second episode of Netflix’s DIRTY MONEY on these awful payday lenders who got busted by the government and their self-righteousness and self-pity is intolerable.” In The Looming Tower Gibney brings this same sensibility to dramatize the immense consequences of decisions over who has access to a hard drive, who can view sensitive material, who can share that material and who takes the lead on an investigation.

In the lull between episodes I’ve popped online to catch the discussions around the book and the show, including at the LBJ Library and 9/11 Memorial & Museum. The talk is full of what ifs and could have beens. And there is talk of why now, including of the resurgent urgency of speaking out against torture.

In telling the story of the road to 9/11 it turns out that we’re cracking open space to discuss not just that path, but the ones we took afterwards and the ones we could have taken. Two months after that perfectly blue morning the incomparable Colson Whitehead came with words in the New York Times, to read them today is to take the measure of the country we could have been but did not become. Here are few lines, “I never got a chance to say goodbye to the twin towers. And they never got a chance to say goodbye to me. I think they would have liked to; I refuse to believe in their indifference.”