Someone At The Air Force Really, Really Loves Their Craft Beer

The U.S. House passed a massive $1.3 trillion omnibus spending bill on March 22 designed to avert a shutdown of... 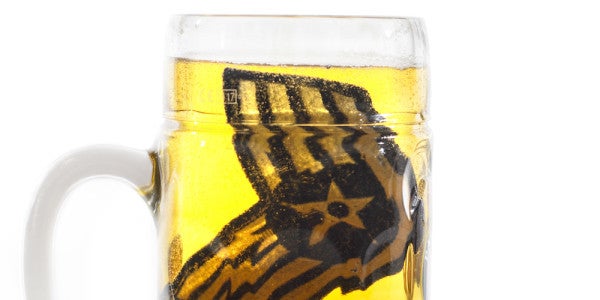 The U.S. House passed a massive $1.3 trillion omnibus spending bill on March 22 designed to avert a shutdown of the federal government… news which would be super boring, if not for a single morsel buried in the massive piece of legislation: a buttload of cash for a “Pale Ale” program.

No, it’s clearly not beer: Once called “Prospector,” the title refers to a program that operates and maintains Bombardier Dash-8 reconnaissance aircraft for “drug interdiction and counter-drug activities” overseen by U.S. Southern Command, according to the Air Force’s 2019 budget request. The branch hasn’t requested new funding for the program since fiscal 2016, but the current omnibus —which the Senate is expected to vote on by week’s end — includes a nice fat earmark for $28.5 million.

Blah blah blah contract stuff… why do I give a shit? Because SOUTHCOM, like any command that oversees a massive area of responsibility, relies heavily on private contractors for support operations — and Pale Ale is contractedout to the aerospace giant Sierra Nevada Corporation.

Sierra Nevada… Pale Ale… do I have to fucking spell this out for you?

This is an amazing coincidence — assuming that’s what it actually is. After all, Sierra Nevada Brewing Co did, at the beginning of March, announce a refocus on the Pale Ale beer it first produced back in 1980. “We have a nice assortment of ,” Sierra Nevada chief commercial officer Joe Whitney said on March 6, “but we really want to focus on Pale Ale and making sure that’s available where it should be.”

Does this mean Big Pale Ale has its tenterhooks in Big Defense? Does the beer lobby even have the best interests of the American taxpayer at heart?!

When reached for comment by Task & Purpose, spokespeople for both the Air Force and Sierra Nevada Brewing Co. laughed and said they would have to discuss the matter with their fellow public affairs officials.

One thing is certain, though: The folks at Coors are probably pissed as all hell right about now.