The March 27 death of an airman in Guam has been ruled a homicide, according to the Air Force Office... 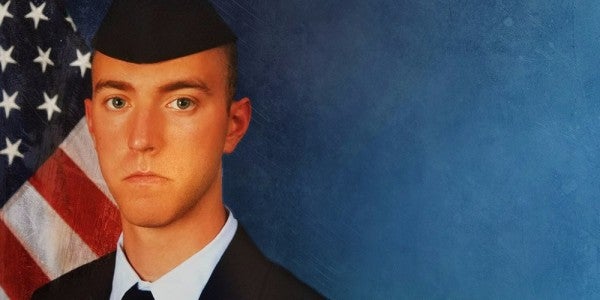 The March 27 death of an airman in Guam has been ruled a homicide, according to the Air Force Office of Special Investigations.

Airman 1st Class Bradley Hale was pronounced dead in temporary lodging at Andersen Air Force Base. Hale, 20, had deployed to Guam from Barksdale Air Force Base, Louisiana. He joined the Air Force on March 8, 2016, and became an electronic warfare journeyman with the 2nd Aircraft Maintenance Squadron.

An unarmed airman was taken into custody after a knife was found at the scene, OSI spokeswoman Linda Card told Task & Purpose. The airman is being held in pretrial confinement at Andersen Air Force Base on suspicion of murder or manslaughter but has not been charged, she said.

“We cannot release any information on any subject unless he or she has been legally charged with a crime through the legal process,” Card said in an email. “OSI does not charge anyone, they investigate. The subject's relationship to Hale will be determined during the investigative process.”

Card said she could not provide any details on how Hale died because the Air Force Medical Examiner’s report cannot be released until the investigation into his death is complete.

The security forces airmen who first responded on March 27, “saw a lot of blood at the scene and what appeared to be a stab wound on the victim,” Card told Task & Purpose on March 28.

“This tragedy is a terrible and saddening loss. I extend my deepest condolences to Airman Hale’s family, friends and fellow airmen,” Col. Ty Neuman, 2nd Bomb Wing commander, said in a March 29 statement. “We will miss him as part of our Air Force family.”