The Air Force’s top enlisted triggered a selfie backlash on March 26th. His offense? He wore a prototype of a... 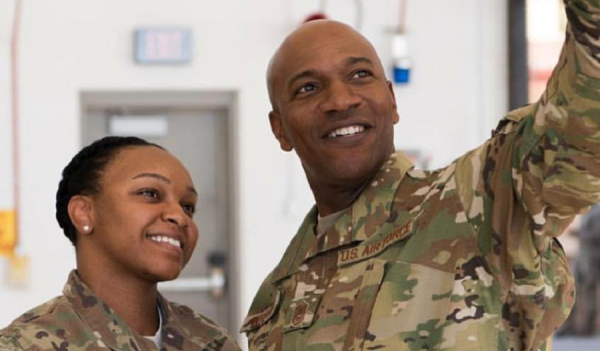 The Air Force’s top enlisted triggered a selfie backlash on March 26th. His offense? He wore a prototype of a new uniform that very few airmen are authorized yet to wear, a move that many felt was “rubbing it in.”

In the image, Chief Master Sergeant of the Air Force Kaleth O. Wright wore the Operational Camouflage Pattern uniform, or OCPs, and not the Airman Battle Uniform that is Air Force standard issue. While OCPs are used by select units within the Air Force, they are not authorized for the majority of the service.

“So this means they're authorized now, right?” a commenter, pawnman99, wrote on Reddit.

Another commenter, TACPnessSevenZeroTACP, wrote: “Unpopular opinion around here, but I disagree with him wearing OCPs while it's not authorized for the rest of us (well, most of you). I get that he's trying to 'show leadership' that it's a better uniform, but he's the CMSAF; he should be setting the example when it comes to standards, and the standard right now is ABUs.”

In the face of the criticism, Wright had to backtrack.

“I never thought I’d have to start off a post with my bad, but … my bad!” Wright wrote in a Facebook response. “I can 100% see why some of you thought I was trolling you. (I see you Reddit posters) But I’m not. Really, I’m not.”

In the facebook post, the CMSAF mentioned that the final say on uniform transition for the service was coming soon. He also explained that during the course of his duties, it is standard to wear the same unit as the host unit he visits. Since Cannon AFB is under Air Force Special Operations Command, they wear OCPs; Which is why the CMSAF was wearing OCPs (which he notes were issued to him).