Another military aircraft has crashed, but thankfully the pilot is doing OK this time. An F-16C from Luke Air Force … Continued 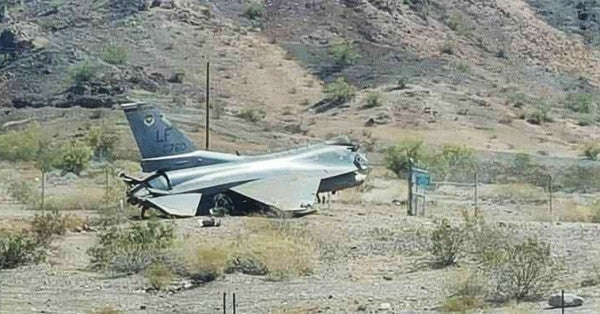 Another military aircraft has crashed, but thankfully the pilot is doing OK this time.

An F-16C from Luke Air Force Base, Arizona, ran off the runway during an emergency landing Tuesday morning at Lake Havasu City Municipal Airport in Arizona, the 56th Fighter Wing announced.

The pilot is in good condition after being treated and released from Havasu Regional Medical Center, a wing news release says. The mishap occurred during a training flight. An investigation into the cause of the crash has been launched.

Military aviation has seen a spike in crashes recently. A total of 16 service members have been killed in separate crashes since March. Military Times found that crashes have soared by 40 percent since deep cuts to defense spending took effect in 2013.

During the past year, more service members have been killed in military aircraft crashes than in combat.

UPDATE: This story was updated on April 24 after the pilot was released from Havasu Regional Medical Center.