In the latest spy-vs-spy spat between the United States and Russia, President Donald Trump has ordered the Russian government to... 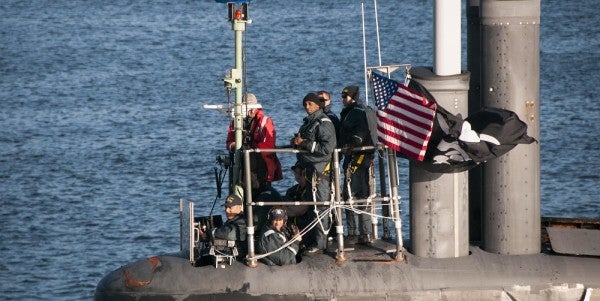 In the latest spy-vs-spy spat between the United States and Russia, President Donald Trump has ordered the Russian government to close its consulate in Seattle “due to its proximity” to Naval Base Kitsap, Washington, and Boeing, which makes the KC-46A Pegasus and F/A-18EF Super Hornets, the White House announced on Monday.

The move is part of a broader U.S. government effort to punish Russia for allegedly using nerve agent in an attempt to kill a Russian defector and his daughter in Britain. A total of 60 Russian diplomats whom U.S. officials allege are actually intelligence agents have been given seven days to leave the United States.

“With today’s actions, we’re removing a large number of the unacceptably numerous Russian intelligence officers who abide in the United States,” a senior administration official told reporters on Monday. “This reduces Russia’s ability to spy on American citizens, conduct covert operations on our soil and threaten our national security.”

However, officials struggled to explain the rationale for closing the Seattle consulate when asked directly if the U.S. government believes the Russians were spying on Kitsap – a base for ballistic missile submarines – and other military installations.

Another official claimed the Seattle consulate is part of a broader Russian spy web, but he did not elaborate on the alleged activities of Russian intelligence agents there.

“We think it sends a very clear signal, particularly since on the West Coast the Russians will have a degraded capability with regards to spying on our citizens,” the official said.“We are prepared to take additional steps, if necessary, but we believe at the time under the circumstances this sends the message that is needed,” the official added.

US administration🇺🇸 ordered the closure of the Russian Consulate in Seattle @GK_Seattle🇷🇺. What US Consulate General would you close in @Russia, if it was up to you to decide

“I think it’s up to the United States to decide what kind of relations they want to have with the Russian Federation, but I am sure that time will come they will understand what kind of grave mistake they did and I hope that maybe in the future that our relations will be restored,” Antonov said.

Russia’s interest in U.S. naval bases is nothing new. Since 2012, the Russian spy ship Viktor Leonov has deployed several times off the East Coast to collect signals intelligence on bases such as Naval Station Norfolk, Virginia.