U.S. Cyber Command is apparently sliding into the DMs of Russian trolls as they carry out information warfare. Julian Barnes... 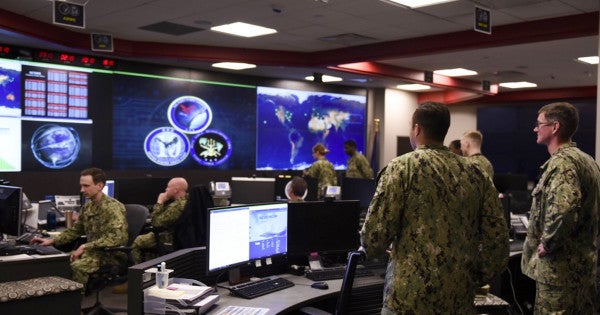 U.S. Cyber Command is apparently sliding into the DMs of Russian trolls as they carry out information warfare.

Julian Barnes of The New York Times reported Tuesday that Russian operatives were being specifically targeted and told by Cyber Command that their identities were known and that were being tracked.

It wasn't clear how exactly the messages were being delivered, but the proactive measure is a change of pace from how Cyber Command and the NSA usually operate — watching and keeping knowledge of what they know hidden from their targets.

The Times has more:

Senior defense officials said they were not directly threatening the operatives. Still, former officials said anyone singled out would know, based on the United States government’s actions against other Russian operatives, that they could be indicted or targeted with sanctions. Even the unstated threat of sanctions could help deter some Russians from participating in covert disinformation campaigns, said Andrea Kendall-Taylor, a former intelligence official now with the Center for a New American Security.

It's clear that at least some of Russia's hackers and trolls are well known to U.S. intelligence, given recent indictments from the Justice Department. Earlier this month, seven Russians were indicted on hacking charges, and accused of taking part in a disinformation campaign.

“State-sponsored hacking and disinformation campaigns pose serious threats to our security and to our open society, but the Department of Justice is defending against them,” Attorney General Jeff Sessions said at the time.

In July, Special Counsel Robert Mueller indicted 12 Russian intelligence officers in connection with the hacking of the Democrats during the 2016 election.

This latest campaign by Cyber Command is meant to deter Russia's continuing effort to meddle in U.S. elections, officials told the Times, reflecting a push by Defense Secretary Jim Mattis and National Security Adviser John Bolton to expand the Pentagon's role of countering Moscow in cyberspace.

Read more at The Times >

SEE ALSO: The Future Of Information Warfare Is Here — And The Russians Are Already Doing It