With the high-octane Solar System-spanning, conspiracy-centric sci-fi drama The Expanse returning to SyFy for its third season on April 11th,... 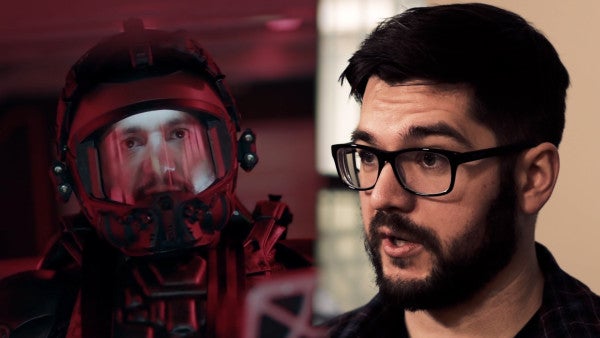 With the high-octane Solar System-spanning, conspiracy-centric sci-fi drama The Expanse returning to SyFy for its third season on April 11th, we thought it would be a good time to explain why we think it’s actually one of the coolest military sci-fi on television.

The series, based on a popular novel, is set in a near future Earth that’s become so damn good at colonizing the solar system that those colonies decide they don’t need us anymore. Mars is an independent nation, the Outer Planets Alliance speaks for the folks who have taken up residence on Eros, Ganymede, and Ceres among others. It’s an interplanetary civil war, and the stakes are humanities future.

You may be asking, “Brad, what the FUCK does this have to do with the U.S. military, let alone veterans?” Come on, veterans love to talk about movies and TV shows as much as the average civilian— especially stuck standing by to stand by in some tedious job while deployed. I know when I was deployed, I spent any free time watching shows; Lost, Battlestar Galactica, Entourage, these were the post-mission shows to watch. I mean, who can forget the Bagram Moral Drive and its terabytes of dial-up modem quality visual entertainment? Besides, if you haven’t gotten into a shouting match about how fake weapons in a sci-fi show would work with another airman while watching the TCNs you are kinda-sorta guarding clean the portajohns, well, you haven’t lived.

Anyway, why am I talking about The Expanse? Because even though its first season was a total goddamn mess, it features some of the best future military tech since the 2004 Battlestar Galactica reboot made F-16 pilots green with envy. The episode ‘CQB,’ which featured stealth spacecraft surprising and kicking the shit out of the Martian Navy equivalent of the USS Gerald Ford. And the second season is a major improvement: better, faster, and filled with enough space aggression to make Luke Skywalker look like a pacifist.

If that hasn’t sold you, here are five reasons to give The Expanse a try:

No, not some fantasyland ‘Star War’ in a galaxy far, far away, but a long hard look at what warfare might look like once humanity decides that Earth just isn’t big enough for all of us. This means, as far as my Air Force experience indicates, a fairly realistic physics and at least plausible future weapons. To wit: the show features Railguns and Point Defense Weapons, things we totally have now, but much more powerful and much more in zero gravity.

Suck it, Tony Stark: The Expanse’s second season shows off a high-tech exoskeleton reminiscent of what the powered armor Robert Heinlein imagined in the original Starship Troopers novel. The suits are designed to both operate in a vacuum and spray turrets (and other Space Marines) with fancy future bullets built into the suit. In one sequence, the suit deploys multiple guided rockets that neutralize a pile of anti-personnel turrets like a backpack HIMARS. Mmm … delicious.

A good chunk of the show is pretty reminiscent of the Cold War. You have two sides who are trying, and sometimes failing, to communicate intent while a war of mutually assured destruction hangs above every decision like the sword of Damocles. Not to mention the hefty amounts of political intrigue, backroom deals, and espionage that are floating around the solar system in the future.

The series features a villain in the form of the ‘proto-molecule’, a virus-like alien goo that kills everything it touches that not only represents a horrifying alien ‘other’ but reflects our fears of what science could do if morals were not an issue. This one is a bit of a stretch, but with things like CRISPR gene editing technology around the corner and military planners taking a serious look at the concept of tailored viruses, the idea that a military could weaponize something and cause the end of humanity is not too far-fetched.

From fully rendered transports to battleships and everything in between, there is a lot of hardware to examine. The future cities on Mars, the outer planets, and even Earth are brimming with imagination rooted in science One neat touch I noticed had to do with the shots of future New York City, where dams have been built around the city to keep up with rising ocean levels. Plus, the futuristic props scattered around every scene, and the variety of handheld weapons of the future are just icing on the space cake. Even if the plot is too slow for you, you can’t argue that The Expanse show isn’t fun to look at.

Plus, it sure beats the hell out of this:

The third season of The Expanse returns to SyFy on April 11th.