As we approach the 100th anniversary of America’s first big battles, I’d like to offer the titles below as a... 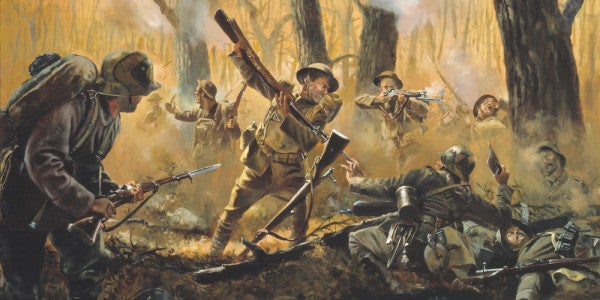 As we approach the 100th anniversary of America’s first big battles, I’d like to offer the titles below as a starting point for a conversation on the American Expeditionary Forces that fought against Germany during World War I, not a definitive list. My summaries are based on readings that may be 10 or more years old, so if your memories of a particular work are fresher, please feel free to share them in the comments, plus any other titles you believe worthy of addition or substitution.

For many readers, even career military ones, the experience of the First World War seems far less relatable than the wars and conflicts that came after it. It is useful to consider that how people in the United States conceived of and lived their personal narratives changed distinctly after 1918 with the introduction of radio drama, movies, and ultimately television. World War I was perhaps the last war to be fought under the old consciousness of self. Maybe it is more difficult to relate to the Great War because the men who fought it really were markedly different from us today than were those from the World War II and Cold War generations. Books that help us bridge that gap even in the smallest of ways are truly valuable.

John Throckmorton is a business executive who lives with his family north of Atlanta. He served as an infantry officer from 1992-2013, with duty in South Korea, Panama, and Iraq.