Boba Fett would have made one hell of a Green Beret. 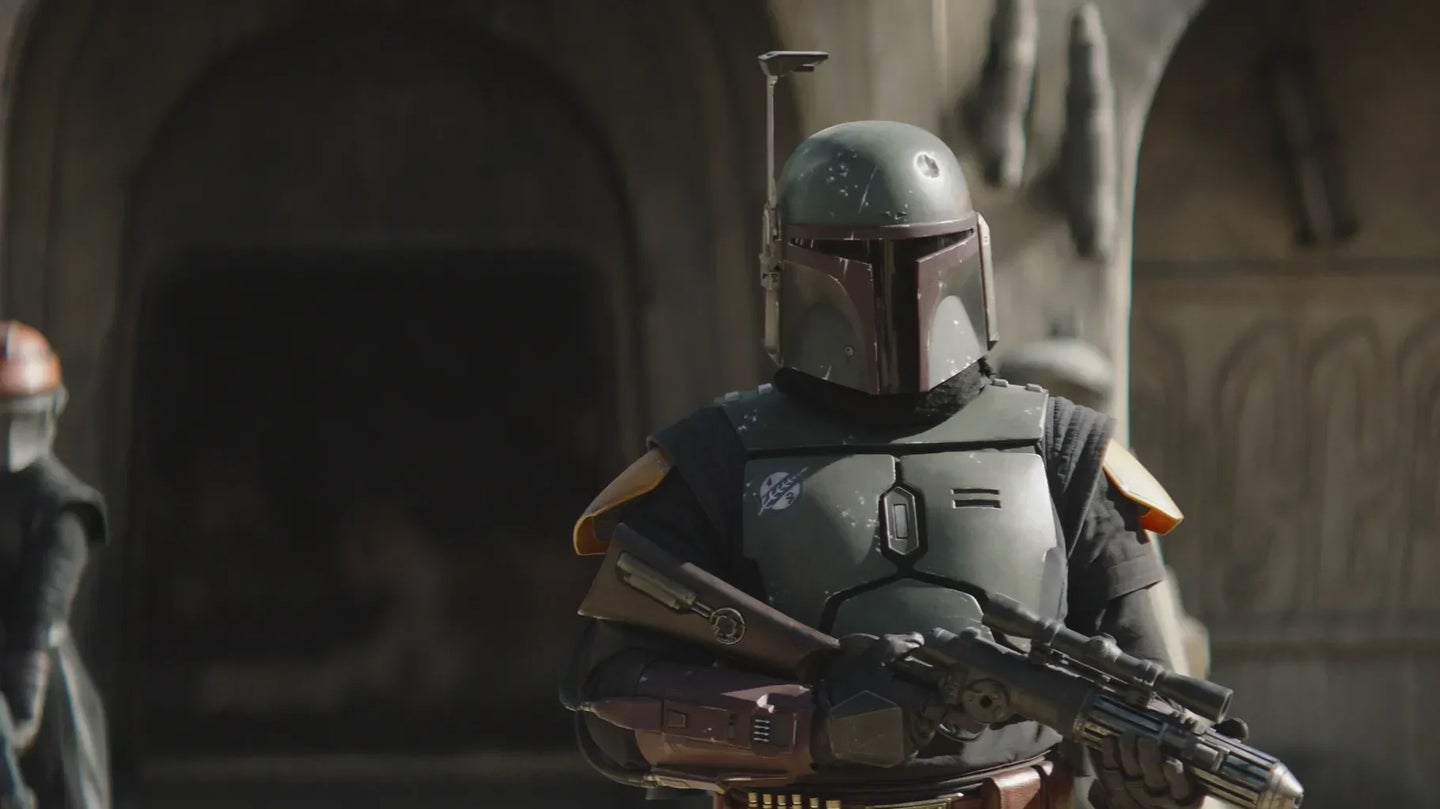 As a member of Generation X, I have been a fan of Star Wars since I first saw the movie in 1977. I watched everything I could, and I even remember sending away five “proofs of purchase” to get the new Boba Fett figure after seeing him in the Star Wars Holiday Special. Boba Fett was an armored bounty hunter who developed a huge following even though he had very little screen time because he was considered to be such a badass. This reputation was primarily based on his mysterious nature; fans considered Fett to be a John Wick-type killing machine.

So after the commercial success of The Mandalorian, a Disney+ show about another armored bounty hunter (Din Djarin) that also featured the return of Boba Fett (as well as a baby Yoda — aka, Grogu — who stole the show), Disney announced The Book of Boba Fett, a show about Fett taking over Jabba the Hutt’s crime network of Tatooine and consolidating his power against other criminals (the Pykes), corrupt politicians, and others.

One needs to understand that Tatooine is a frontier world, and the local government is controlled by criminal gangs. But rather than a guy who just shoots everyone, in the Book of Boba Fett, we get a more thoughtful individual who builds alliances and uses other methods besides violence. The show has two interconnected storylines: Fett’s rise to becoming the Daimyo of the criminal empire on the planet, and his efforts to consolidate his power and defend against threats from the crime bosses from off-planet, known as the Pykes.

Watching the weekly episodes got me thinking; in the book, Strategy Strikes Back, numerous scholars examined how it was possible to use the Star Wars movies to teach military strategy, because military officers from other nations might not know western military history, but they know Star Wars. For example, one could discuss retreats by talking about the battle of Hoth.

From the articles about the show that I read, it seemed like everyone expected Fett to be like some “door-kicking” commando. But I saw Fett using the skills and doctrine of Army Special Forces to conduct counter-insurgency (COIN) and unconventional warfare (UW), similar to the original mission of Special Forces from the 1950s. The first part shows Fett’s efforts to develop his COIN force, and the second part displays Fett’s actions to destroy the insurgency (a corrupt criminal group that was trying to take over the planet). Like Special Forces soldiers, Fett works with native groups, builds alliances with local tribes, and attempts to conduct diplomacy to build coalitions. And when he does act, he uses surgical strikes to decapitate the leadership of the insurgency. I contend that Boba Fett’s strategy shows that while popular culture celebrates the “door kickers” of the special operations community, success is rooted in the tenets of unconventional warfare taught to Green Berets since the 1950s.

The first aspect of UW that we see Fett utilize is working with native groups to build a partisan force, much like Special Forces did with the Montagnards — the hill tribes of Vietnam who allied themselves with the United States during the war.

After surviving the Sarlacc pit, Fett is captured by the Tusken Raiders, a nomadic group that lives in the deserts of Tatooine. While a prisoner, Fett gains the tribe’s respect by saving a child’s life. The Tuskens teach Fett how they fight and how to live in the desert, and Fett teaches them military tactics and how to use speeder bikes. Fett leads the Tuskens to attack a Pyke drug train after the Pykes attack the Tuskens. The raid was similar to T.E. Lawrence’s raid on a Saudi train during World War I, as dramatically depicted in the 1962 movie, Lawrence of Arabia.

After this raid, Fett joins the tribe and they give him a gaffi stick, a traditional weapon and status symbol. Later in the show, the Tuskens are massacred by the Pykes, and Fett looks to build another military from the people of Freetown to fight against their common enemy. Like the Special Forces soldiers that used different tribes as an irregular militia to fight in Vietnam, Fett trained and fought alongside different tribes, while learning their tactics and sharing with them his military knowledge.

In addition to working with native tribes, Fett utilizes locals that might become insurgents as allies. For example, when Lortha Peel, a water monger, asks Fett — in his role as the Daimyo — to punish a gang of cyborgs who were stealing his water, Fett realizes that the group was only stealing water in order to help the average tribesman because Peel had raised the price of water so high.

Fett integrates the gang into his organization and forces Peel to lower the price of water to help the citizens. He gains essential allies and the support of the people in doing so. Fett also practices maintaining his presence with the populace — this is called population-centric counterinsurgency. When he walks around the town, he takes off his helmet off so the citizens can see him. Fett comments, “Jabba ruled through fear; I intend to rule through respect.”

While Fett is conducting a classic counter-insurgency operation, the Pykes utilize terror tactics to stop him and his forces from gaining the support of the people. The Pykes massacre the Tusken Raiders for their role in the attack on the train. They also bomb the Sanctuary, a popular nightclub, as a way to demonstrate to the citizens that Fett cannot actually provide the protection he’d promised. Finally, the Pykes hire Cade Bane, another bounty hunter, to coerce the people of Freetown to stop allying with Fett. Bane also shoots the sheriff and his deputy, the town’s only real local political leaders. The Pykes use the same terror tactics as seen in Vietnam, Iraq, and Afghanistan by insurgents to destabilize the government and keep the citizens from helping with any defense.

Of course, there is a final battle between Fett and his allies and the Pykes. Fett and Djarin use psychological warfare tactics by sending the mayor’s chief aide to distract the Pykes with a negotiation under false pretenses, as Fett’s forces strike. Freetown’s citizens and the cyborgs arrive later, and with the help of Grogu, Fett and his retinue defeat the Pyke forces. At the same time, Shand, Fett’s chief lieutenant, conducts a commando-style raid to infiltrate the headquarters and kill the Pyke’s boss and other officials. In the end, Fett appears to turn over the leadership of the area to the cyborg gang, just as the goal of COIN is to create a government that is stable and can take over governance.

All that said, I feel compelled to note that my son didn’t like the show because he thought Boba was boring. But I was impressed that we saw someone practicing unconventional warfare and counterinsurgency operations, and not relying on blasters only. Fett not only stopped the Pykes from enslaving the planet and imposing their criminal enterprise on the people, but he also united the populace under local leadership and made life better for the average citizen. Now, you might say that the whole thing was just a fight over who was going to be the primary crime boss, which is absolutely true, but I’ll take a crime boss who uses COIN over some door-kicking space bandit any day of the week.

Edward Salo is an associate professor of history and the associate director of the Heritage Studies Ph.D. program at Arkansas State University. He enjoys researching and writing about military history, as well as comic books and Star Wars.