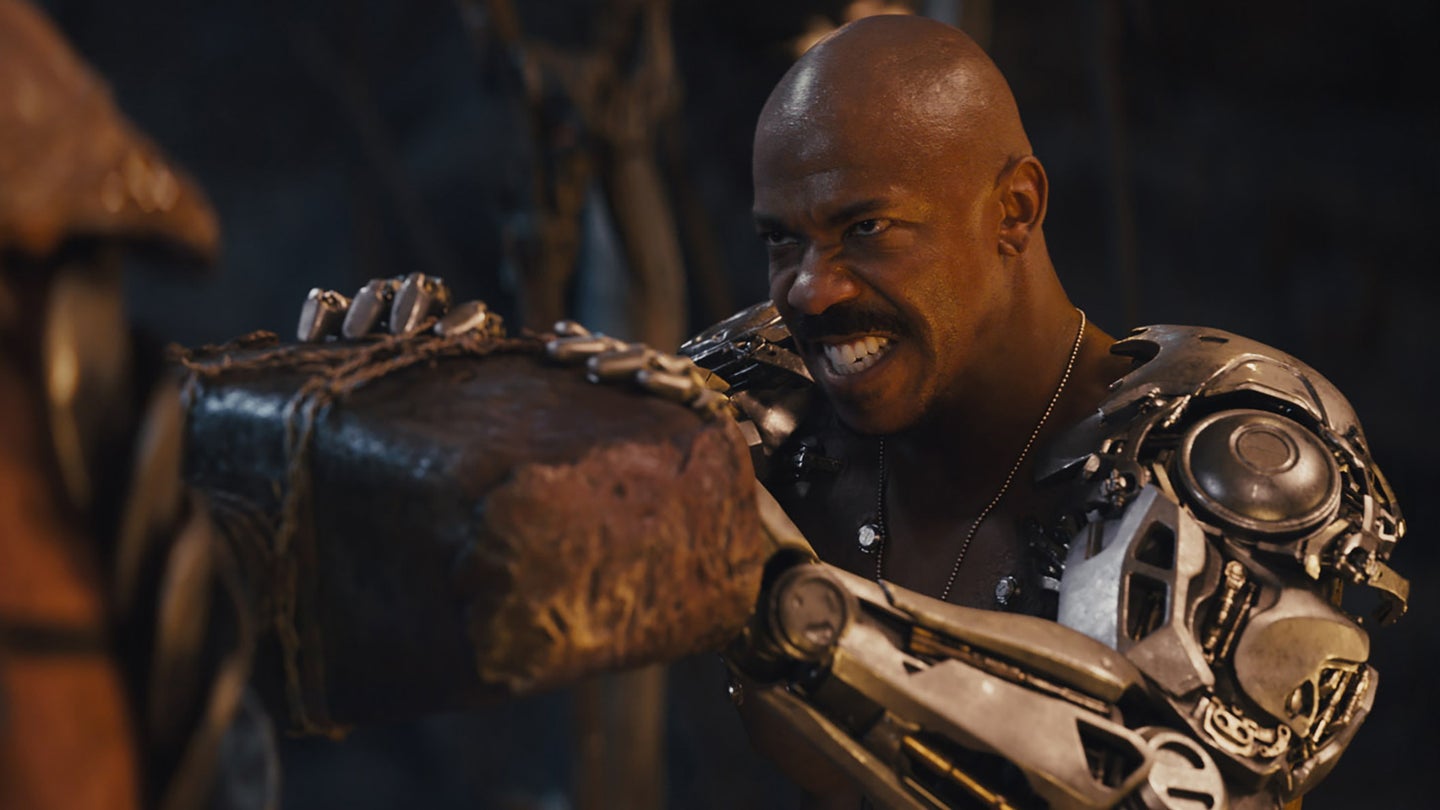 That’s right the wildly popular fighting game of your youth is once again heading back to the big screen, and the fatality-heavy film is bringing the metal-armed Special Forces soldier ‘”Jax” with it.

According to an Entertainment Weekly exclusive, the movie will be heavy on the kind of blood-spattered over-the-top hand-to-hand violence that the genre has been known for since its first game debuted on consoles in 1992.

The new flick is an R-rated reboot of 1995’s Mortal Kombat movie, and carries the same name. The upcoming film is directed by Simon McQuoid, and marks the third major cinematic feature in the installment, not counting the animated series and short films.

“There are some crazy fatalities,” Lewis Tan confirmed to EW. In the film Tan, an actor and martial artist in his own right, plays Cole Young, a new character to the franchise.

“We’ve picked a couple of iconic ones,” he told EW. “There’s a lot of really cool signature moves that you’ll see, a lot of Easter eggs that we snuck into the film, but there are some really badass fatalities that I can’t wait to see on the big screen. They’re brutal, man. They, they don’t hold back.”

Mehcad Brooks will play Maj. Jackson “Jax” Briggs, a recurring character who first appeared in 1993’s Mortal Kombat II. Over the years and installments Jax’s backstory has been vague, like most of the characters, though his military service has been a constant. Even so, he’s gone through some changes, like not having metal arms, to wearing a red beret, but the consensus has been that he’s a current or former Special Forces soldier.

That said, this is Mortal Kombat, a game where people shoot lightning and chains from their hands, rip out spines, and who for several iterations never used the weapons they had on their person and instead just punched, kicked, and kneed each other to death.

My point is that you don’t go into a Mortal Kombat game or movie expecting realism; you’re there for the gruesome and campy violence. So long as Jax’s military background isn’t just a laundry list of offensive and damaging stereotypes, I’ll be happy to watch a cybernetically enhanced super-soldier beat the ever-loving crap out of Scorpion if he tries any of that “get over here” shit.

In addition to Brooks and Tan, the film stars star Jessica McNamee as Sonya Blade, Hiroyuki Sanada as Scorpion, Joe Taslim as Sub-Zero, and Tadanobu Asano as the lightning-wielding Raiden, among many other familiar fighters.

The film is set to debut simultaneously in theaters and on HBO Max on April 16.