14 celebrities you didn’t know were veterans

Hollywood isn't always known for their affiliation with, or support of, the military. To be fair, Jane Fonda kind of... 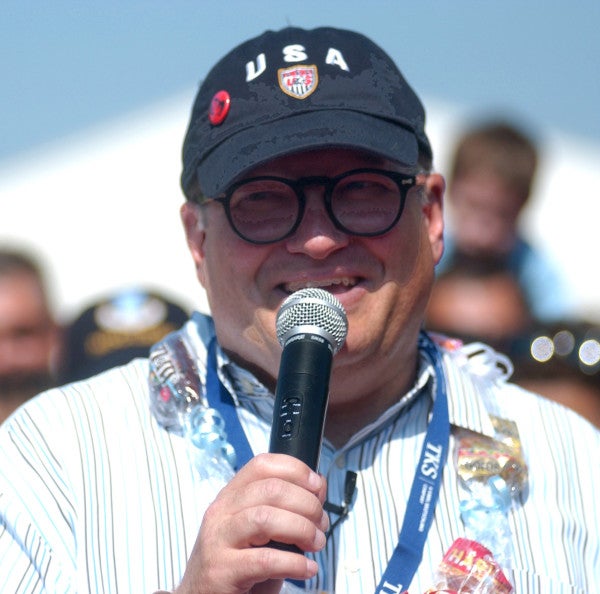 Hollywood isn't always known for their affiliation with, or support of, the military. To be fair, Jane Fonda kind of did ruin it for everyone. Sure, we can all remember the iconic gaffes in Hurt Locker and Jarhead. And, maybe Michael Moore's 2003 Oscar speech calling President George W. Bush a “fictitious president” and wagging his finger, saying “shame on you” didn't help. So, there's that.

But those moments are far more the exception than the rule. Truth be told, Hollywood and the entertainment industry has always been very supportive of our veterans, and there's no better proof than those who served who turned to acting.

Here are 14 Celebrities You Didn't Know Were Veterans:

Hollywood might get a bad rep when it comes to supporting our military, but the truth is, veterans have been a part of entertainment since the beginning. No one knows that better than IMAGN events, co-founded by veteran Mike Birt, who puts on everything from concerts for the thousands to beer pong tournaments. Be a part of the entertainment industry, today, by getting your tickets to an IMAGN event.

Not just a Golden Girl, Bea was a badass who enlisted in the Women's Reserves in the Marines in 1943. She promoted to Staff Sergeant and is reported to have been just as respected on the stage as she was in the ranks.

He prepared for his role in the A-Team by serving as a squad leader in the Military Police Corps. We pity the fool that messed with him.

We know you can't binge watch Stranger Things fast enough. Now you can do it under the auspice of supporting a fellow veteran. Marshall, who plays Susan Hargrove, spent six years in the Navy.

Yes, you read that right. Before his lavish life running the Playboy Mansion and starring on The Girls Next Door in his bathrobe, Hefner served in the Army as an infantry clerk and wrote for a military paper in the 1940s.

He might be best known for his voice of Darth Vader in Star Wars, but who can forget him in Sandlot? Or as Mufasa in Lion King? His service isn't forgotten, either. Jones started in ROTC and served in the 1950s in the Army.

If you couldn't tell by the high and tight, Carey spent six years in the Marine Corps Reserve. We're wondering if the military connection is what made Bob Barker tell him to “Come on down!” and be the next host of The Price is Right.

Yes, our favorite Bob Barker moment was definitely in Happy Gilmore, and it's no wonder he has such a great sense of humor. Barker spent 18 months as a Naval Aviator, flying eight different aircraft.

We can't imagine him serving anywhere but a chocolate factory, but true story, Wilder served in the Army medical corps before his acting took off.

Driver's convincing skills as Kylo Ren in Start Wars: The Force Awakens makes us wonder if he used a lightsaber in the Marine Corps, where he served for nearly three years before being medically discharged.

Everyone's favorite Blue Bloods Commissioner actually spent six years in the National Guard. We wonder if his mustache was as awesome then… and then we know in our hearts, it was.

Admit it; you watched Army Wives. Henao not only played a part, she's an Army veteran herself.

A true American hero, Disney forged his birth certificate in order to join the war effort at age 16, serving in the American Ambulance Corps. Following World War I, orders took him to France where he drove ambulances among other things. During World War II, Disney leveraged his art skills to help the Americans create propaganda and training videos. The Disney magic never ends.

If you didn't already want to buy Jon Huertas a beer for playing Miguel on This Is Us, do it because he served eight years in the Air Force, during both Operation Just Cause and Operation Desert Storm.

Sajak spun his own Wheel of Fortune when he joined the Army in 1968 and was assigned to a desk as a disc jockey for Armed Forces Radio.