These photos are so awful, we’re not even mad — we’re actually impressed 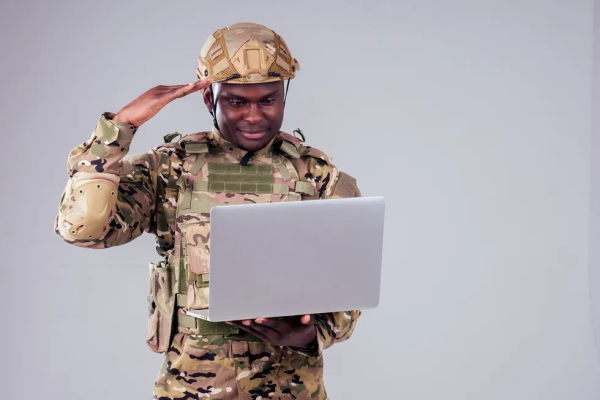 Bad stock photos never hurt anyone, but they haven’t done a lot of good either. Sure, there are the occasional horrible stock images that perpetuate negative stereotypes about the U.S. military and veteran community, but those seem to be outliers. On the whole, they’re just consistently bad in the same predictable, if not laughable, ways.

And look, it’s tough to find that perfect shot. We get it, it’s not like the Pentagon or subscription-based services and news wires have vast archives of images showing actual service members doing their jobs, wearing the proper uniforms, and conducting themselves in a way befitting of the service they’re in. That’d be too easy. (On an unrelated note, check out DVIDS, the Associated Press, or Getty Images, among others if you’re looking for photos of actual troops, doing actual “troop things.”)

But sometimes a business, or ad agency, or political group, or misguided news site has to turn to stock photo archives for that one-in-a-million pic — or more than likely, the first one they see out of a sea of millions. And that’s how you end up with gems like this:

Everything with that uniform is wrong.Screenshot via Veterans Legal Institute.

Pictures like the one above is why it’s high time your fearless cyber sleuth returned to the bowels of online image databases looking for the crème de la crème of terrible military stock photos. If you’re looking for our earlier round-ups, you can find Volume 1, and Volume 2, here.

Without further ado, here is your latest addition to our growing collection of the best of bad military stock photos. And yes, you’re very welcome for my service.

So many questions; no good answers.

Did he accidentally click on a video playing Reveille or Retreat? Was this the end of a very high-stakes video conference call with his commanding officer, presumably in a war zone, given all that PPE? Or did he just get the ass chewing of a life time from his old lady for skipping out on family time to go play air soft with the boys?

Nobody will ever know, but it’s fun to speculate.

Also: Those elbow pads and that awkward-as-fuck salute. Lol.

Accurately captioned “Happy senior veteran communicating on mobile phone while relaxing in his office with feet up on the table,” this image could just as easily be a now-retired general kicking back at his house and regaling his also very retired general buddies with stories of his last day as a four-star.

That or he’s reading the most recent news out of Afghanistan and saying “thank god I have my DD-214” just like the rest of us.

Have you ever dreamed of serving your country, and being a paragon of heavenly might at the same time? Based on this stock photo, military service appears to come with a side order of sainthood.

Nobody joins the military with the hope of being stuck on post anxiously waiting for some super secret squirrel operator to come creeping up behind you with a knife. No, we all want to be Metal Gear’s Solid Snake, but that bar is a little too high, so sometimes you have to settle for the Safeway Select version.

On that note, discount Delta operator over here could use a refresher on weapons safety — that or he’s about to have his first desk pop, given that his finger is on the trigger.

Looks legit to me

Sometimes you come across a stock photo that’s gets everything so spectacularly wrong that you have to pause and wonder: Is this a really good practical joke that I’m just not getting?

This is that photo. From the bizarre decision to use a Navy or Marine Corps’ style eight-point cover with an Army camo-pattern from the late 2000s and early 2010s; to the belligerently rolled sleeves; and the final touch, saluting with the left hand — this is so bad it’s practically a modern art masterpiece.