"It's definitely a huge responsibility that I take extremely seriously." 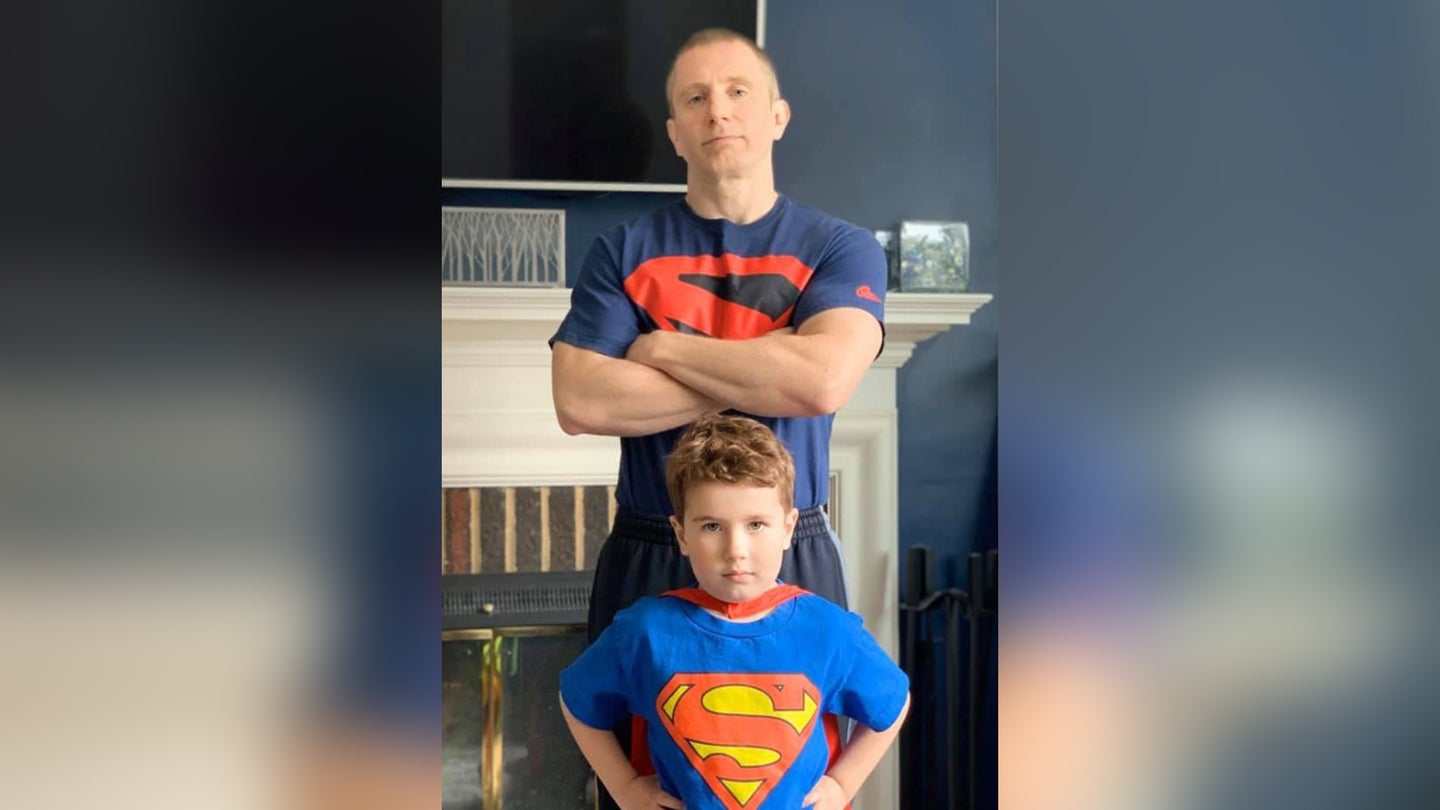 For Sgt. 1st Class Philip Kennedy Johnson, his role with the U.S. Army Field Band and his passion for comics have something in common: They allow him to tell a story.

“Something the U.S. Army Field Band does that I think sets it apart is its use of narrative,” Johnson, 42, said in an Army press release. “The way that we tell personal stories helps us connect with the audience.

“Storytelling is something I believe in.”

It’s also something he excels at. On Dec. 16, Johnson was announced by DC Comics as the new writer of Superman and Action Comics.

When he got the call from DC Comics, Johnson said, he “felt this tremendous excitement, down to a molecular level.”

“It’s definitely a huge responsibility that I take extremely seriously, but the anxiety that sometimes comes with a really big opportunity never came,” he said. “I’m still just really excited about it, and really confident in the stories my amazing artists and I are telling together.”

Johnson’s new two-part story, which debuts in March, finds Superman married to Lois Lane with a son, Jon, known as Superboy, according to the Army press release.

He told the Hollywood Reporter that Jon makes Superman “so, so relatable for me,” as he’s the father of a young boy himself.

“I think Superman’s love for all life on Earth can be hard for some people to wrap their heads around, but most people can understand the profound love for a child or parent,” Johnson explained. “Jon is such a great way for readers to better understand the love Superman has for us, and seeing Superman through Jon’s eyes, as his dad, makes both characters incredibly endearing.”

Johnson also said the story that will be debuting in March is “insanely epic,” and an event that “will change not just Superman’s status quo, but the DC Universe’s, too.”

While Johnson knew he wanted to write comics back in high school, he didn’t really start the journey until around 10 years ago when his brother — who served as a graphic designer in the Army — decided to work as a comic artist, according to the Army release.

“At first, it was really just to help my brother get a foot in the door,” Johnson said in the release. “We set out to educate ourselves about the comics industry together, and as it turns out, I found it really fun and rewarding.”

Since then, Johnson has written several different comics for both DC and Marvel, the Army release says, and was nominated for the Eisner Award — “the comics equivalent of an Oscar.”

Johnson’s passion for storytelling in comics is similar to the passion that brought him to music; the Army release says that he dreamed of touring the country as a musician in high school, and after earning a master’s degree in music from the University of North Texas, he joined the U.S. Army Field Band.

Through his Army career, Johnson “began telling musical stories on a grander scale … and telling the tales of the Army through song.”

He told the Hollywood reporter that his time as a soldier and musician taught him “the importance of collaboration, of performing my role as well as I can while being mindful of the whole group.”

It’s a necessary mindset for comics as well.

“The writer plays a crucial role, but the others do too, and just because my role comes first doesn’t mean the others work for me,” he said. “We all react to each others’ decisions, view our own work from the others’ perspectives, and make something together that we couldn’t have made alone.”