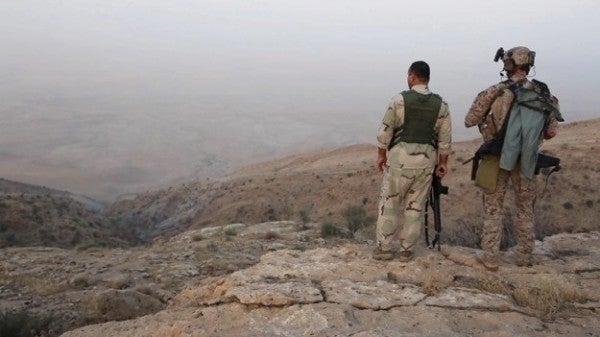 President Donald Trump has said U.S. forces will withdraw from Syria “over a period of time,” insisting he wants to protect U.S.-backed Kurdish fighters battling the ISIS extremist group.

Trump did not provide a timetable for the planned withdrawal of roughly 2,000 U.S. troops in Syria, which he announced last month against the advice of many top security advisers and reportedly without consulting lawmakers or U.S. allies involved in operations against IS militants.

During a Cabinet meeting at the White House in front of reporters on January 2, Trump said he had never discussed a reported four-month timetable for the withdrawal of U.S. troops.

In recent days, Trump has backed down from a rushed pullout and said that the withdrawal would be gradual.

“We're slowly sending our troops back home to be with their families, while at the same time fighting Isis [Islamic State] remnants,” he said on Twitter on December 31.

Republican Senator Lindsey Graham told reporters that Trump was committed to making sure Turkey did not clash with the U.S.-backed Kurdish YPG forces once U.S. troops leave Syria.

Graham also said Trump had assured Ankara that it would have a buffer zone inside Syria to help protect its own interests.

Ankara sees the YPG as an extension of the banned Kurdistan Workers' Party (PKK) in Turkey and has vowed to crush it.

U.S. commanders planning the military withdrawal have recommended that YPG fighters battling IS militants be permitted to keep U.S.-supplied weapons, according to U.S. officials.

That proposal would likely anger Turkey, where Trump's national security adviser, John Bolton, is expected to visit for talks this week.