‘Oneness’: How One Army Vet Found Community After Leaving the Military

Ask any veteran what he or she misses most about the military and the answer will more than likely be... 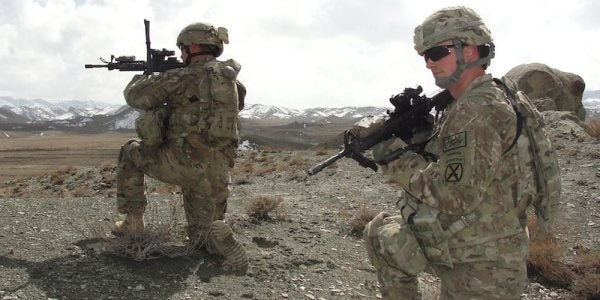 Ask any veteran what he or she misses most about the military and the answer will more than likely be “community.” Trying to find footing in a new way of life can make for a lonely and solitary transition period.

Branden Farley, a West Point graduate and experienced reconnaissance troop commander who deployed to hot spots all over the world, asked himself just that after separation: “How do I move to the next chapter?”

Farley knew that in order to enter the civilian world, he needed a bit more perspective, and to learn how to best leverage his military skills. “Academics weren’t the value” while in business school, he said.

Instead, surrounding himself with fellow students and professors who could advise him on translating his military experience into the business world was worth the long nights of studying, writing papers and group projects.

The perspective that he gained, coupled with leadership skills developed in the Army and his drive for mission accomplishment, set him up for a career in general management and landed him a position with the esteemed company Aon.

Throughout the interview process, Farley knew he was looking for an organization that offered not only a good job with benefits but a company that was more than just a job. He felt that while Aon needed his critical thinking and people skills, the company itself was a good fit for him, thanks to its strong emphasis on community. Aon’s immense respect for military service made Farley and his wife completely at ease: Instead of the Army family supporting them, it would be the Aon family.

Now, as a cyber-risk reinsurance broker, Farley develops, expands, and enhances Aon's global cyber advisory practice with a team of more than 20 colleagues around the world, consisting of risk advisers, brokers, lawyers, actuaries, and marketers. Farley loves what he does, but it’s Aon’s “oneness” — a core tenet of company philosophy — that makes him feel most at home, much like the Army.

“As a military leader, you assume risk, and a big part of the job is constantly assessing the risk of your mission,” Farley said. At Aon, he applies the skills he developed as an Army officer, then fine-tuned in business school. Because of this correlation, risk assessment is a rich field for veterans seeking employment.

The loss of community after leaving the military can be filled with the support of a strong veterans’ network. “The support group keeps you in the game,” Farley said. “Rely on your fellow veterans to rehearse and practice for interviews and meetings. Ask someone to review your resume, and show up to an interview ready to show your future employer you’re ready for any task.”

“Hiring is a pragmatic decision,” he added. “The civilian world is looking for employees who can think critically and connect. Vets have so much to offer — get after it.”