Tom Schofield decided early in his senior year of high school that the military was for him — particularly the... 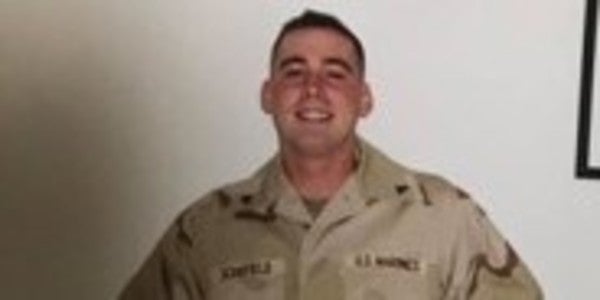 Tom Schofield decided early in his senior year of high school that the military was for him — particularly the Marine Corps. “It was the hardest, the most respected, and it would be a challenge,” he thought. He was right. But he never expected that four years on active duty would prepare him for a successful civilian career.

While Schofield trained as an administrative clerk, a little over half of his time in the Corps was supporting a senior general. He felt this skill set would allow him to advance faster in the civilian world, especially compared to the time restrictions in rank and grade in military promotions.

Schofield began as a supervisor of over 60 couriers for a biotech company. “Among the skills the company was seeking were things I learned in the Marine Corps,” he said. “Not specific things like filing Marine Corps paperwork, but skills like handling complex situations and reacting quickly to problems.” He has used those transferable skills in every role since.

Many veterans worry about their education and experience levels matching up, but they don't always have to. Schofield started college classes while in the military, and finished his bachelor's degree 12 years later. He worked methodically through the program, taking one class at a time while working full time.

Schofield worked through college, but he strongly recommends that all veterans take advantage of their GI Bill benefits. It may also be worth looking at what your company offers: “LabCorp paid for a substantial part of my college through their tuition reimbursement program,” he said.

No regrets, lot of options

As an administrative clerk in the Marine Corps, Schofield learned a lot about policy and paperwork. Supporting several senior officers meant managing schedules, travel arrangements, and personnel. He has no regrets from his time in these positions.

Working at LabCorp has given Schofield a lot of opportunities throughout his civilian career. His first job was for a company that LabCorp eventually acquired; a few years later, Schofield was back working for them again. “I came back to LabCorp as General Manager, running a specialty company for about five years,” he said. “Then I moved back home and called LabCorp about a position.”

Thanks to networking and those who know him from before, Schofield was welcomed back to fill a unique role: “They took a chance on me, and a year later they reorganized into smaller divisions and asked me to run operations for the largest of those divisions.” The new position challenges him to improve situations and grow within the changes in the healthcare industry.

Find a career that can grow

One of the most important pieces of advice Schofield has for veterans and transitioning service members is to find something where you can grow. He has seen many opportunities for professional growth during his employment with LabCorp.

What started as supervisor of couriers has turned into the strategy director of operations for one of the biggest health care companies in the Northeast. “I've reached associate vice president in this company twice,” he said. “And healthcare is evolving tremendously right now.” Schofield is happy in his role and looking forward to the growth and change coming in the next year.

Most people associate LabCorp with laboratory technology, but there is so much more that goes on there. “My responsibilities are to manage about 1,000 people who don't work in the lab,” Schofield said. Those jobs cover phlebotomy, logistics and data collection and entry.

“The opportunity for upward mobility is there, and there are a lot of leadership roles,” he said. “Companies look to the military for strong leadership characteristics,” Schofield encourages veterans to highlight their leadership experience on their resume and in job interviews.

“The core values I learned in the Corps – hard work, solid work ethic, and challenging the status quo – are things I've used throughout my civilian career,” Schofield said. He credits the leadership he had early on in the military with his success now. “LabCorp is looking for dynamic and inspiring leaders,” he said, and it's seeking them out in veterans.