Microsoft is hiring qualified talent with security clearances, and veterans are excellent candidates to fill these roles 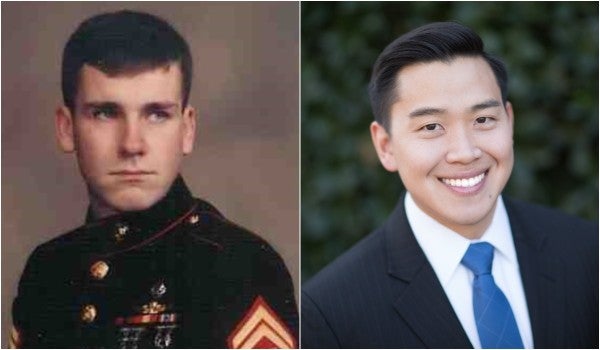 Editor's Note: The following story highlights a veteran atMicrosoft Committed to including talented members of the military community in its workplace, Microsoft is a client of Hirepurpose, a Task & Purpose sister company. Learn more here.

Microsoft is hiring qualified talent with security clearances, and veterans are excellent candidates to fill these roles. Two Marines recently shared their journey with Hirepurpose so other veterans can see examples of the paths veterans can take to secure technology careers at Microsoft.

Rocky Quach and Paul Rossano have two things in common: Both are Marines and both work in technology roles at Microsoft, but they ended up at the tech giant through two different paths. Rossano came in as a direct hire, while Quach went through Microsoft Software & Systems Academy (MSSA), a rigorous program offered by Microsoft for transitioning service members and veterans.

Rossano doesn't seem like the type to end up in technology. He enlisted in the Marines and joined Force Recon; he trained to jump out of planes, blow things up, and do “all the cool stuff you see on TV,” as he puts it. When he transitioned out of the military, he still wanted to focus on solving problems.

Early on, Rossano explored a variety of creative job possibilities and ended up at a telemarketing call center. He used military leadership and Special Forces perspective to become the leader of a call center team. Rossano continued to hone his skills and racked up an alphabet soup of IT certifications. “I would constantly ask, 'What education can I get to make myself better at helping customers?'” he says. As it turns out, technology work marries both his skills and his passions.

Even better, his work in government and civilian settings allowed him to network with Microsoft employees. Eventually, the company approached him about a position. Rossano now works as a technical delivery manager at Microsoft. His years of experience helping clients, coupled with his security clearance, made Rossano a perfect candidate for the direct hire path.

Not only did Rossano find a home at Microsoft, but the company offered a familiar feeling that he'd grown accustomed to in the Marines. “In some ways, Microsoft is like a military organization,” he says. “It has a broad cross-section of locations and roles. You never have to leave to change roles. It wants you to see as many roles and projects as possible to make our customers and organization better.”

Quach also had a natural curiosity and an ambition to work in technology. When he joined the Marines, his focus was in finance, but even while he was still in the service, he knew he wanted to work with Microsoft. It all came together thanks to an MSSA banner at the base Education Center that piqued his interest.

When he learned about the program, Quach was a few years too early to begin. A service member must be preparing to transition out of the military and have command authorization to attend near the end of their service (final 180 days) to be part of the MSSA program. Still, time didn't stop him. Quach prepared and eventually enrolled, completing a robust, 18-week training curriculum for Server & Cloud Administration.

MSSA isn't for slouches — Quach saw even experienced tech trainees struggle with some of the material. “But,” he notes, “Marines never choose the easy path.” His own military experience centered on “helping our military leaders make decisions in a tactical environment,” he says, and that pushed him forward. Quach credits his analytical skills with helping him tackle MSSA topics like computer networking, despite not having a background in server administration. His service helped in other stressful situations too, including interpersonal scenarios. “I had more soft skills than I expected,” he says. “The military's 'adapt and overcome' mentality lets you think outside the box.”

Quach's hard work paid off. Thanks to his effort and what he learned during his MSSA experience, he started working for Microsoft immediately after leaving the military and is currently a premier field engineer. Enrolling, says Quach, was “the best decision I ever made.” Though MSSA doesn't guarantee employment at Microsoft, it does offer participants an initial round of interviews to be considered for hire by either Microsoft or one of their nearly 500 hiring partner companies.

Both Quach and Rossano wholeheartedly recommend that veterans consider finding a way into working at Microsoft. “I always want to put others first and help others,” says Quach. “Microsoft does this by providing the right solution at the right time.” Not only that, but Microsoft offers a strong military culture in itself. “Many of my teammates are veterans or military spouses,” Quach adds. “There is a great culture and comradery, and a great veteran referral program.”

Rossano backs that up. “There are untapped resources that veterans bring,” he says. “They deal well with ambiguity, accomplish the mission, adapt and overcome — and they get you to the next rally point.” Knowing that, Microsoft is always hiring qualified talent, especially those with security clearances and an inside familiarity with how government clients run.

Microsoft is actively hiring cleared talent for a variety of roles; including for Associate Consultants at their new Las Colinas, Texas delivery center. Those with active security clearances are invited to visit Microsoft's Cleared Technology Careers site to learn what cleared opportunities are available with Microsoft. Transitioning service members and veterans can also spend some time on the company's Careers website for veterans to see the scope of the opportunities there. Anyone with a passion for technology – with or without a security clearance – are invited to consider the MSSA program site to see if it's a good match and learn how to prepare for enrollment.

Whether job candidates prefer to tackle the direct hire path that Rossano followed or the career-switch that Quach chose, Microsoft welcomes veterans in its workforce. However they arrive, service members have immense potential to be part of a team that empowers people all over the world.