Kelly Bronson has a fulfilling job: He spends his days seeking the best and most varied talent and bringing them to Comcast. To do this, he leans on the lessons gained in his 27-year career with the Air Force and his passion for diversity and inclusion 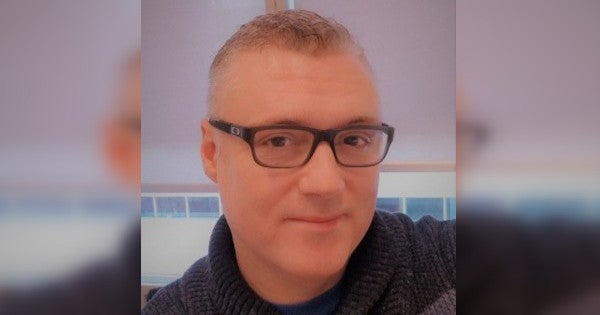 Kelly Bronson has a fulfilling job: He spends his days seeking the best and most varied talent and bringing them to Comcast. To do this, he leans on the lessons gained in his 27-year career with the Air Force and his passion for diversity and inclusion.

Growing up in Dayton, Ohio, Bronson wanted to do something meaningful with his life. He also sought a change of scenery, so he enlisted in the Air Force after high school. “I worked as a personnel specialist,” Bronson said. “I was in charge of everything a human resources generalist would do in the civilian world.” He loved this time of his life; he traveled, served his country, and had unique experiences.

After 10 years of service, Bronson separated from the Air Force in order to further his education. He earned his MBA while working in the corporate world, yet still felt that something was lacking. “I missed serving in the military,” he said. “I missed the camaraderie.” In 2002, Bronson joined the Air Force Reserve as a logistics readiness officer. “Being able to work full time in the corporate world and serve part time in the military was a perfect balance,” he said.

While working in university relations, Bronson was recruited to join Comcast. “After speaking to multiple people and leaders at Comcast about the role, the culture, and the military benefits, it was a no-brainer for me,” he said. “I had to be part of it.” He joined Comcast in December 2017 as the director of University Relations and Military Hiring. Bronson's passion for working in outreach is apparent. “I absolutely fell in love with the job,” he said.

Working at Comcast and maintaining his Air Force Reserve status has required a lot of balance. “I have to plan ahead for both sides, and occasionally collisions do occur,” Bronson explained. “But my work at Comcast is totally different from my work in the Air Force. Between the two, I get to flex both sides of my brain.” One commonality he has found is his role as a leader. “In both jobs, it is my duty to motivate my team, provide a sense of direction, and offer support so that they can stand on my shoulders and reach for the stars.”

Comcast, a global media and technology company headquartered in Philadelphia, is known for the value it places on diversity and inclusion in the workplace. Bronson finds its principles inspiring. “No one has to hide their service connection, no one has to hide their sexuality, no one is challenged on their belief system,” he said. “Everyone is encouraged to bring their whole self to work each day — and that's amazing.”

Comcast is a veteran-friendly corporation. “Service matters to us,” Bronson said. “We are breaking the norm that many companies follow of placing veterans in specific roles.” Comcast finds the best entry point for every veteran. “Veteran employees can be vice presidents, service directors, frontline workers, and so much more at Comcast,” said Bronson. “Across the organization, we are seeking the best place for our military talent.”

Comcast hosts on-base events to help foster openness and understanding between the military and the company. It also regularly hosts coffee chats, held at Comcast headquarters, to build connections and attract military talent.

VetNet, a company-wide employee resource group with more than 700 members, is one of the ways that Comcast supports its veteran employees, encouraging them to connect with other members of the military community and their allies for networking, camaraderie, and support.

Working to recruit the best and most diverse talent to Comcast has taught Bronson a few important lessons. “When veterans are starting a post-military career, it is very important that they be patient with themselves and with their potential employers,” he explained. It takes time to translate military experience into civilian experience. Bronson urges veterans to not rush this process.

“Veterans must change the way they speak about their military service,” he added. “They must talk without military jargon, because many recruiters don't understand milspeak.”

Veteran jobseekers must also adapt how they explain their service so that it is relevant and understandable in the civilian world. “When applying for a job, it is important to focus on the minimum job requirements and ensure you can meet them all,” Bronson said. “If you can't address the job qualifications quickly and concisely on your resume, you will be overlooked.” When a veteran applicant adequately addresses these lessons, 1 in 4 gets passed to the hiring manager with Comcast where applicants really shine when they can demonstrate how the leadership, teamwork, and decision-making skills they honed in the military will apply to their business.

In his time at Comcast, Bronson has used his experience and passion to help grow and change the face of the company. Whether it's exercising leadership skills gained in the Air Force or collaborating with his team to further diversification, Bronson is committed to supporting an open and inclusive company that allows everyone to be their true self.