"CACI honors the service and memory of our dedicated employee who was fatally injured while protecting our nation during a mission abroad." 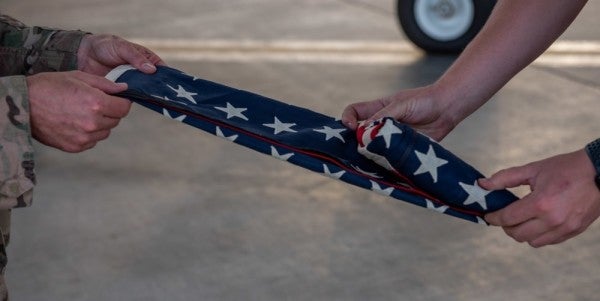 Retired Army Chief Warrant Officer 4 Christian McCoy was killed on June 24 while working as a military contractor in Afghanistan, Task & Purpose has confirmed.

McCoy's Army career spanned just over 30 years and included five combat deployments, according to the Army. He was on active-duty from 1988 to 1995; then he served in the Virginia National Guard from 1995 to 1997 before returning to active-duty from 1997 to 2018. Among his many awards are the Special Forces Tab, Rangers Tab, Legion of Merit, the Bronze Star with “V” device, and Defense Meritorious Service Medal.

He is the second contractor to be killed in Afghanistan in a week, after Navy veteran Kevin Yali was killed on June 19th.

Newsweek reporter James LaPorta was first to bring McCoy's death to light. McCoy reportedly joined Special Forces in 1993; he deployed once to Iraq and four times to Afghanistan between 2007 and 2014.

Details of McCoy's death remain uncertain. A Defense Department source told Newsweek that “a Mine-Resistant Armored Vehicle was damaged along with two remote-controlled weapon systems” at the time of McCoy's death. McCoy was on a Joint Expeditionary Team, which is “designed to counter the efforts of improvised explosive device manufacturing networks in a region as a part of a larger counterinsurgency operation.”

Newsweek obtained a letter from from Mark Haselton, vice president of The Wexford Group — a subsidiary of defense contractor CACI International — informing his company's employees that McCoy had “died of wounds suffered during an operation in Afghanistan.”

“There are no words to express the sorrow we all feel on this tragic loss,” Haselton wrote in the letter. “I know each of us recognizes the hazards associated with the work that you do, especially on the JET. As we reflect on this terrible loss … please never forget that the work that Chris was doing, and in fact the work that all of you do, has saved countless lives.”

“CACI honors the service and memory of our dedicated employee who was fatally injured while protecting our nation during a mission abroad,” Brown said. “We at CACI remain steadfastly committed to our continued and ongoing support of our customers' critical national security missions. CACI extends our support to all those impacted by his ultimate sacrifice.”

SEE ALSO: The number of armed contractors in Afghanistan has increased more than 65% since Trump took office