Putting people above pay: How an Army officer continues to serve others with Abbott

Leaving military service is a daunting task. For Desert Storm veteran Ronald Burke, that was certainly the case. However, Burke managed to ease the process by finding a company that allowed him to continue his passion – helping others. That connection gave clarity and purpose to his transition from the Army to working for Abbott Laboratories 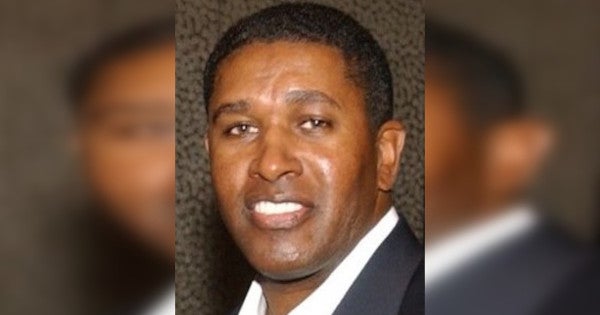 Editor's Note: The following story highlights a veteran atAbbott. Committed to including talented members of the military community in its workplace, Abbott is a client of Hirepurpose, a Task & Purpose sister company. Learn more here.

Leaving military service is a daunting task. For Desert Storm veteran Ronald Burke, that was certainly the case. However, Burke managed to ease the process by finding a company that allowed him to continue his passion – helping others. That connection gave clarity and purpose to his transition from the Army to working for Abbott Laboratories.

Burke's military lineage is strong. His father and step-father both served; his mother worked for the Navy, and his son is currently serving in the Air Force. After his youth at Travis Air Force Base, answering the call to serve was second nature to Burke. While attending college at California State University, Long Beach, he got his chance through the Army ROTC program. Upon graduation, Burke joined the Army Corps of Engineers. He held various jobs, from platoon leader to general's aide, during his three years active duty and five years in the Army Reserve. Throughout his time in the Army, one theme took priority: service to others. Burke spent his final years with the Army in Germany. From there he decided it was time to transition to the civilian world.

Transitioning out of the military brings challenges for every veteran. Transitioning out while stationed in a foreign country is even more demanding. Burke had been living outside of the United States for three years and felt out of touch. “I had a new family to take care of,” he said. “I didn't know what I was going to do.” His initial instinct was to take any job he could find, in order to take care of his family, and worry about the rest later.

Luckily for Burke, he partnered with a transition organization assisted veterans seeking employment outside the military. That group helped Burke identify companies that hired military veterans. While at a jobs conference, Burke learned about Abbott and was immediately intrigued. “Abbott is a diversified healthcare company focused on various industries,” he said. “Abbott covers diagnostics, nutrition, and medical devices.”

The company's goal – to help people live their best life through good health – resonated with Burke. He quickly recognized that Abbott would be a perfect fit. “They were doing something different, cutting-edge,” he said. He knew people who were directly benefiting from Abbott's products, including – friends, family members and fellow veterans. Burke saw a connection between the Army and Abbott. Both enabled him to serve others, to help others improve their lives, and to put others ahead of himself.

Despite being passionate about his prospects with Abbott, Burke faced challenges during his transition. “The learning curve was steep,” he said. “Once I got hired, I had to know all about the company, know all about their product line, and know how to sell their products.” It was a stressful time. However, Burke was quick to identify the keys to his success. He focused on preparing ahead of time and “doing the homework.” Finding a mentor was a huge piece of the puzzle. “People want to help,” he explained, “even if they are not military themselves.” Many industry leaders like to give back through mentorship, and Burke took advantage of that to help him prepare. “It is often more about who you know than what you know,” he said.

Another key factor was Burke's military training. During his time in the Army, he honed his leadership skills which allowed him to quickly emerge as a leader in his sales district. The Army also taught creativity; “In the military, you often lack the resources needed, and you must figure out how to do the job with what you have,” he said. That skill allowed Burke to think outside the box at Abbott and come up with creative solutions that differed from his peers'. His favorite parallel between his time in the Army and his time with Abbott is the ability to care for others. “My job with Abbott is more about helping people through superior products than about a sales number,” Burke said. From his early days to his current role in sales for Abbott diagnostics business, Burke continues the mission of serving others that he began in the Army so many years ago.

Abbott has emerged as a desirable employer for veterans, both through word-of-mouth referrals and a strong employee referral system. The company partners with a number of local organizations to seek out veteran employees. Internally, Abbott boasts an innovative Employee Veteran Network, of which Burke recently became the national chair. The network focuses on retaining Abbott employees by helping members communicate and network within the industry, identify their individual strengths, and hone their long-term professional goals.

Burke considers Abbott a perfect employer for veterans. “Abbott has been around for over 130 years, just like the military,” he said. “For a company to last that long, they must be doing something right.” Abbott's products also have a direct impact on military families. “From products being used by soldiers in the field to medical devices helping families at home, there is a strong link between Abbott and the military,” Burke explained. That connection translates to a heavy veteran presence at Abbott – and a workplace that empowers veterans to thrive through shared values.

Leaving the military is not an easy task, but if you find a company that shares your goals, the transition is that much easier. Ronald Burke was fortunate enough to do just that, and has spent 26 years serving others through his career with Abbott. This shared sense of purpose translates to success for this Army veteran, and countless others who have answered the call to work for Abbott.