Kevin Releford spent five years in the Army as an Armor Officer. After transitioning out of the military, he earned his MBA from Harvard Business School and now works as a senior director at Gap Inc. This experienced leader shares with us the military skills that made him successful, and how veterans can have a smoother transition into civilian workplaces 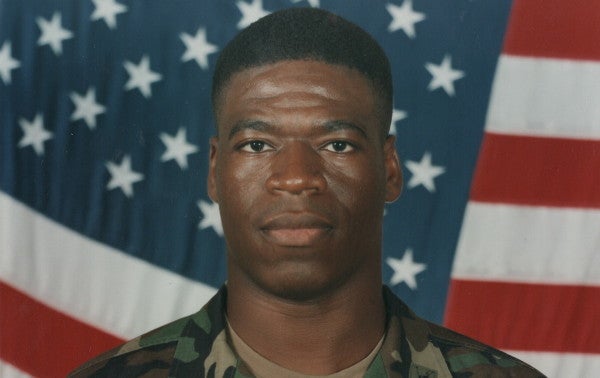 Editor's Note: The following story highlights a veteran at Gap committed to including talented members of the military community in its workplace. GAP is a client of Hirepurpose, a Task & Purpose sister company.

Kevin Releford spent five years in the Army as an Armor Officer. After transitioning out of the military, he earned his MBA from Harvard Business School and now works as a senior director at Gap Inc. This experienced leader shares with us the military skills that made him successful, and how veterans can have a smoother transition into civilian workplaces.

For Releford, his initial transition was difficult because he didn't know exactly what he wanted to do. That's why he sought out mentors he could ask for advice. “Talk to people who have transitioned in different ways, because they will have good experience,” he told Hirepurpose. “I had good mentors that helped me choose a major and get into school. I wasn't eligible for the GI Bill because of West Point, so I had to get scholarships and fellowships. I connected with donors who could help fund me going to Grad School.”

After earning his MBA, Class of 2002, Releford held logistics leadership positions at three different retail companies. He finally chose to work at Gap Inc. because of the corporate culture. “I was looking for a company that had a good culture, social responsibility, and corporate responsibility,” he said. “Gap has a healthy blend of culture and also getting results. I've been at places that were on different sides of that spectrum. We do a really good job of living our values. I was really attracted to the fact that the company's history includes being involved in the community.”

Community connections are important at Gap Inc., and they begin on a local level. Releford says the company adopts families, helps with the Special Olympics, and does numerous community outreach programs. The focus on individual well-being is visible throughout the corporate structure. According to Releford, who is a campus leader, “we have about 2,000 associates. Any of them at any time can pull me aside or call me for a comment, question, or just to say hi. I consider that part of the job that I look forward to. Those interactions are positive and supportive.”

Gap Inc. values veterans and welcomes their unique perspective. “There is a program called GapVets,” Releford said. “It's a quality networking group. It helps veteran employees at GAP share ideas, accelerate their careers, and help contribute to the company's growth. It's great for networking, mentoring, and provides support to other veteran community organizations. Locally, we are close to Fort Campbell, Kentucky, so we've developed a relationship with those who are transitioning so they can do internships while they are still in the military.”

Releford says hiring veterans is beneficial for both veterans and the company. “We want you to bring your best self — the things that made you successful in the military,” he said. “Veterans bring skills to the table: purpose, focus, and intensity. We want to add their skills to our values and culture. The values of the organization are consistent with your values. You're encouraged to be who you are, and you shouldn't have to mold yourself into anything.”

As a veteran, Releford sees a strong alignment between values instilled in the military and those promoted at Gap Inc. “The Gap culture shows that team is very important,” he said. “There is a lot of focus to make sure every individual understands the role of the team and is able to do their part. Teamwork is something that I learned in the military and still use today.”

Veterans transitioning out of the military need to spend more time thinking about their skills and what they can bring to an organization. Many have soft skills that have nothing to do with their specific job in the military. “Leadership is about influencing people for shared organizational goals,” said Releford. “The military helps everyone hone that skill. Veterans bring focus. They want to know what is expected and what makes us successful. They bring discipline — wanting to contribute to team goals. They understand teamwork, collaboration, and partnering.”

The challenge for many veterans is translating those military skills onto a civilian resume. Releford says he initially struggled with that. Now that he has hired numerous employees, he has advice for veterans compiling their resume. First, he encourages veterans to think through how their skills translate: “Focus not only on what you did (MOS), but on what you were able to help others do to bring success in that role: teamwork, influence, collaboration, coaching, etc. List your results but show your impact to the results.” Next, he says veterans should “be mindful how you explain military experience. Don't use military jargon or acronyms. Practice getting comfortable explaining what you did to someone outside the military.”

Releford urges veterans to be self-reflective and practice workshops or mock interviews where they explain their skills to someone outside the military. “If I'm interviewing someone with a military background, I try to see how self-reflective they are,” he said. “No matter how long they have been in, I try to gauge how much do they understand what they've learned. Those who do well understand the difference between military culture and internalizing skills, and they have a more successful transition. That's what I try to coach people on when looking at resumes.”