U.S. Navy commanders will no longer be able to punish sailors and Marines with the infamous bread and water punishment... 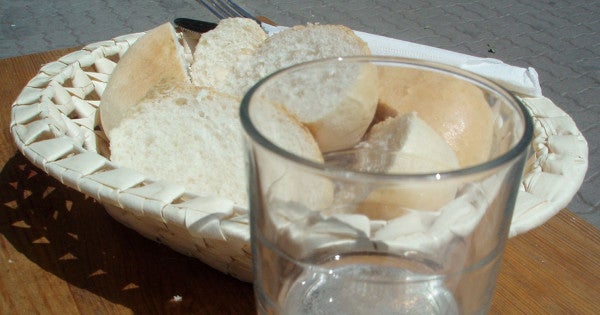 U.S. Navy commanders will no longer be able to punish sailors and Marines with the infamous bread and water punishment while sitting in the ship's brig.

As Navy Times' Geoff Ziezulewicz reports, the Obama-era Military Justice Act of 2016 and subsequent Trump administration amendment in March 2018 will outlaw the archaic punishment after Jan. 1, 2019.

The military's Uniform Code of Military Justice previously allowed Navy commanders to confine personnel in the grade of E-3 and below who were attached or embarked upon a vessel to receive only bread and water for up to three consecutive days.

“Rations furnished a person undergoing such confinement shall consist solely of bread and water. The rations will be served three times daily at the normal time of meals, and the amount of bread and water shall not be restricted,” the order reads.

“Prisoners serving this punishment will be confined in a cell and will be bound by the procedures set forth for disciplinary segregation cells. They will not be removed for work or physical exercise.”

Needless to say, although the punishment sucks, some commanders used it on rare occasions as a way of correcting sailors' bad behavior while saving them from losing stripes or forfeiting pay. Others, however, such as Capt. Adam Aycock of the USS Shiloh, earned his ship the nickname of USS Bread and Water due to his doling out the punishment at least six times over his command, Navy Times reported.

Now, cue comments of “the Navy has gone soft.”