The Navy has the classified footage taken aboard the USS Carl Vinson as a government document. 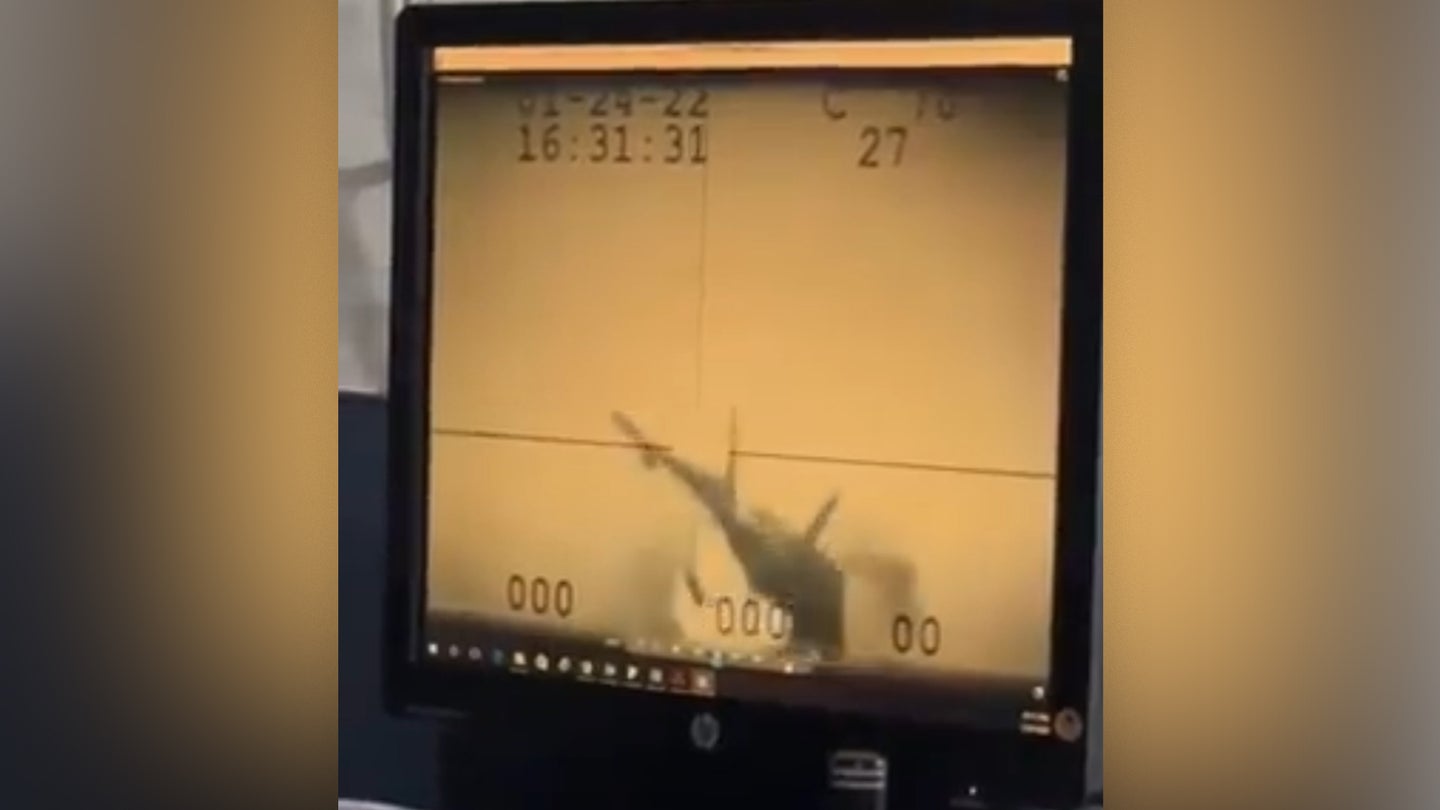 A screenshot from a leaked video showing the Jan. 24 F-35 crash aboard the USS Carl Vinson. (Screenshot via Twitter).
SHARE

Four enlisted sailors and one junior officer are now facing charges in connection to the unauthorized release of footage from last month’s crash of an F-35C Lightning II jet on the deck of the USS Carl Vinson while the ship was operating in the South China Sea.

Following an investigation, the Navy has charged one senior chief petty officer, three chief petty officers, and one ensign with failure to obey a lawful order under Article 92 of the Uniform Code of Military Justice. The Navy did not identify the sailors by name, but did say that all five remain on active duty. The video, which appeared in early February, shows a cell phone recording of footage from the aircraft carrier’s Pilot Landing Air Television as well as a view of the ship’s deck during the crash.

As the F-35C, assigned to Strike Fighter Squadron (VFA) 147, approaches the USS Carl Vinson, a voice can be heard repeatedly shouting “wave off” before flames burst from the jet’s rear as it strikes the deck. The aircraft is then seen skidding across the length of the deck before crashing into the sea. As sailors run across the deck, a call on the radio can be heard to recover the pilot

The Jan. 24 crash, the cause of which remains under investigation, injured seven sailors, including the pilot. The Navy has yet to recover the aircraft.

“We remain grateful to the highly trained Sailors aboard USS Carl Vinson who immediately responded to ensure that the pilot was recovered from the water, all injured personnel were cared for, and flight deck was cleared and re-set for operations,” said Naval Air Forces spokesman Cdr. Zach Harrell in a statement. “After a short pause in accordance with safety procedures, the rapid response from the crew enabled flight operations to resume with minimal impact to mission requirements.”

While pictures taken from the USS Carl Vinson showing the crashed F-35C floating in the water emerged four days after the incident, no charges have been filed in connection with the release of those images. A Naval spokesman told U.S. Naval Institute News on Thursday that was because footage from inside the ship and of the Pilot Landing Air Television was considered a government document leaked without proper clearance.