Staff Sgt. Kalvin D. Taylor, 26, was arrested on Wednesday for possession of nearly 15 pounds of marijuana, an excessive number of Xanax pills, and a firearm 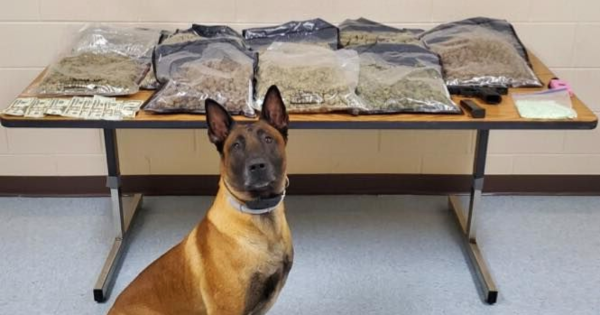 A Fort Campbell soldier was arrested on Wednesday for possession of nearly 15 pounds of marijuana, an excessive number of Xanax pills, and a firearm.

After Taylor refused to consent to a search of his vehicle, sheriff's deputies deployed a K-9 unit named Harry to search for narcotics, the SCSO told a local Fox News affiliate.

Taylor admitted to having marijuana in the car after the K-9 alerted police to the presence of drugs in the vehicle.

A subsequent search of the vehicle yielded “approximately 15 pounds of marijuana, 500 Xanax bars and a weapon,” a handgun, according to an SCSO spokeswoman.

Lt. Col Charles Barrett, a public affairs officer for the 101st Airborne Division, confirmed that Taylor was indeed assigned to the division at Fort Campbell but declined to provide further details

Civilian law enforcement agencies are currently leading the investigation into Taylor, said Barrett, who declined to confirm if the Army Criminal Investigative Division was involved in the case.