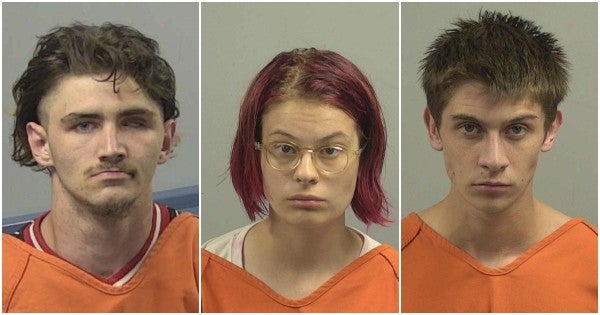 Three people were arrested on Friday after illegally attempting to enter onto Seymour Johnson Air Force Base in a van containing drugs and assorted paraphernalia, local authorities said.

On May 29, a U-Haul van attempted to “flee” past Seymour Johnson AFB security forces, prompting base officials to request assistance from the Goldsboro Police Department, the police department said in a statement.

The vehicle was eventually stopped by base security forces, but the occupants refused to identify themselves, according to GPD. They were eventually identified as Bennie Harold Taylor Jr, Roman Kintner, and Camille Renee Allen.

According to GPD, marijuana “could be seen in plain sight from the outside of the vehicle,” prompting local authorities to conduct a search of the vehicle.

The police also located a large Pit Bull dog in the van's rear compartment that was subsequently secured and taken to the Wayne County Animal Shelter.

All three suspects were charged with first degree trespassing, possession of controlled substance, possession of drug paraphernalia and possession of precursors with the intent to manufacture methamphetamine, among other charges.

All three suspects received a secure bond of $35,500 each, according to GPD