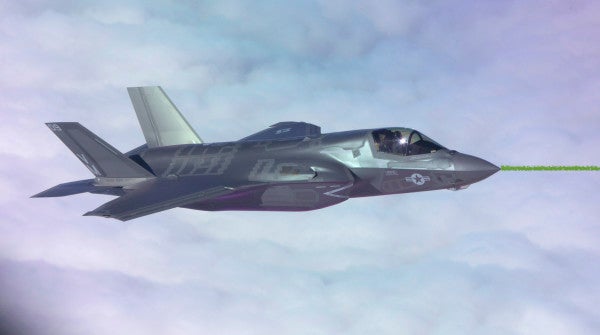 The Defense Department's dream of one day using a laser weapon affixed to an aircraft to swat enemy missiles out of the sky is officially dead.

The Pentagon's top scientist stated on Wednesday that the department is no longer considering airborne directed energy weapons as a practical countermeasure to deal with incoming intercontinental ballistic missiles.

“I want to put an end to that discussion,” defense undersecretary for research and engineering Mike Griffin said during a Washington Space Business Roundtable digital event, per Defense One. “We’re not investing in airborne platforms for shooting down adversary missiles [with directed energy].”

“It can be and has been done as an experiment, but as a weapons system, to equip an airplane with the kinds of lasers we think are necessary in terms of their power level, all their support requirements, and then get the plane to altitudes where atmospheric turbulence can be mitigated appropriately, that combination of things does not go on one platform,” he added. “So we’re not spending money on that.”

The prospect of deploying airborne lasers for missile defense has been a Pentagon dream for decades. As Wired notes, the U.S. Missile Defense Agency launched its Boeing 747-based Airborne Laser Test Bed anti-ICBM system in 2004 before suspending the program when it became “too costly and unwieldy.”

At the time, Griffin stated that he'd suggested the Pentagon examine putting laser weapons in space as a “potential solution” to knock out incoming ICBMS at a fraction of the cost of the DoD's existing interceptor systems.

The following month, Reuters reported that the Pentagon was weighing using drones hovering just outside North Korean airspace as a “near term” option to neutralize incoming ICBMS during the critical boost phase of a launch should relations with Pyongyang deteriorate.

“During this portion of the flight the missile is most vulnerable, flying at its slowest speed, easily detected by the heat from its engines, and incapable of evading interceptors as it accelerates to break out of the earth’s atmosphere,” Reuters reported.

As of now, it appears that the Pentagon's approach to airborne lasers for missile defense has changed. At least we'll always have Asteroid: