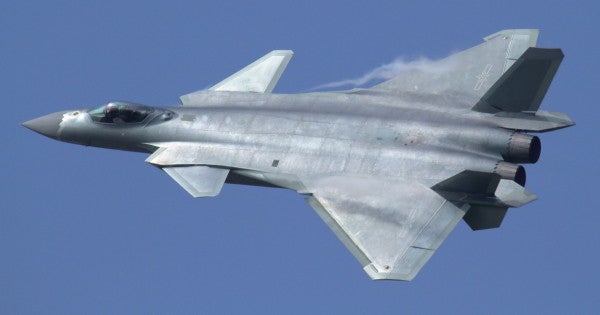 The Chinese military is exploring a potential laser weapon system to mount on various aircraft to give them an extra edge in a dogfight, according to a pair of recent procurement notices.

The notices, posted to the official weapons procurement website of the People's Liberation Army and first described by the South China Morning Post, detail a need for information regarding potential procurement plans for an “airborne laser attack pod” or “laser attack platform.”

While the information in each notice is reportedly marked confidential, the government-owned Global Times suggests that such airborne laser platforms could be utilized to either intercept incoming missiles or potentially down enemy aircraft “in a dogfight.”

According to the South China Morning Post, the Chinese military is already hard at work on a prototype airborne laser weapon, although it's unclear whether the technology required to fully weaponize a laser system is fully mature yet.

It's worth noting that the state-owned China Aerospace Science and Industry Corporation told Global Times that its ground-based LW-30 laser defense weapon system, first unveiled to the public in 2018, could successfully defend aircraft against airborne munitions.

Naturally, the PLA isn't the only military thinking about employing laser weapons for aerial combat. In January 2019, the Pentagon's Missile Defense Review presented the idea of employing drone-based lasers for missile defense missions, as Defense One reported at the time.

In April, the Air Force Research Laboratory stated that its Self-protect High Energy Laser Demonstrator (SHIELD) —which successfully shot down “multiple air-launched missiles in flight” during a test at the White Sands Test Range in New Mexico at the time — could easily be reduced to a small pod for testing on an F-15 by 2021.

While ruggedizing and incorporating any directed-energy system into a moving aircraft presents a host of engineering challenges, who knows: perhaps, during the dogfights of the future, aviators who are too close for missiles will find themselves switching to lasers instead of guns.