After years of funding woes, Air Force Special Operations Command is on track to fire a high-powered laser weapon from an AC-130 gunship sometime in fiscal year 2022 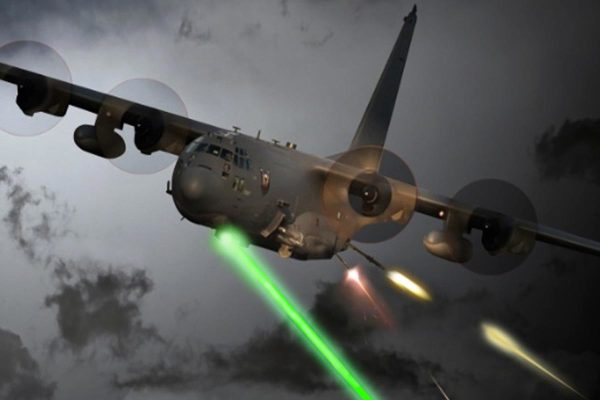 After years of funding woes, Air Force Special Operations Command is on track to fire a high-powered laser weapon from an AC-130 gunship sometime in fiscal year 2022, officials said.

“This is pretty exciting,” Johnson said, according to National Defense magazine. “And if it is successful — and we are planning for success — then it will feed into our new requirements and potentially a new program down the road.”

AFSOC officials have been working towards an airborne laser weapon for at least the last five years, with initial plans to rock a system aboard a Ghostrider some time in 2020 for an airborne demonstration.

Here's how AFSOC chief Lt. Gen. Marshall 'Brad' Webb described the system in action in a hypothetical scenario in 2017, per National Defense:

But despite the extreme excitement among AFSOC officials about augmenting the Ghostrider's already beastly arsenal with a directed-energy weapon, the effort has faced delays stemming from budget woes in recent years — woes that, according to Johnson, AFSOC seems to have finally corrected.

“After several years of seeking stable funding, we are there,” Johnson said at vSOFIC, per National Defense.

With funding in hand, AFSOC is looking to successfully demonstrate a laser with an output of at least 60 kw that can “achieve high precision lethal effects on targets with little to no acoustic signature and very low collateral damage,” as Webb put it in April 2018.

But as Webb had previously noted, AFSOC's previous funding challenges for the project are moot if the command can't actually achieve the desired affect from the altitude of a Ghostrider's flight path.

Looks like AFSOC will find out in the next two years — we hope.