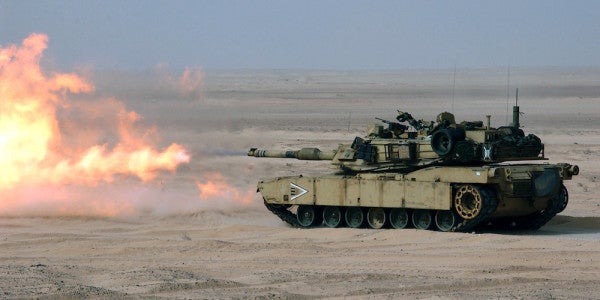 The Marine Corps plans to get rid of its tank battalions as part of an ambitious plan to draw down from roughly 186,000 to about 170,000 active-duty Marines, the Wall Street Journal first reported.

Marine Corps Commandant Gen. David Berger first indicated in February that the Corps planned to shrink beyond the reduction of 2,100 Marines called for in the Navy's proposed fiscal 2021 budget.

“I think every service chief would love to have a better force,” Berger told the House Armed Services Committee on Feb. 27. “But you need us to be lethal. You need us to be mobile. You need us to be integrated with the Navy. So we’re going to reduce the size of the Marine Corps some this year, more next year.”

The Marine Corps issued a statement on Monday laying out exactly how it plans to get smaller by 2030:

The Corps also plans to double its number of drone squadrons, invest in a new light amphibious warship, and make Infantry battalions smaller and focused on naval expeditionary warfare.

The proposed reductions are meant to make the Corps lighter and more nimble to fight China in a 21st century version of the Pacific island hopping campaign during World War II, Berger said in an interview with Gordon.

“We need an Army with lots of tanks,” Berger told the newspaper. “We don’t need a Marine Corps with tanks.”

The 10-year plan envisions Marines waging war within the range of Chinese missiles and other weapons by establishing new expeditionary regiments that could rapidly send teams of between 50 to 100 personnel to islands in the South and East China Seas, according to the Wall Street Journal.

These teams would attack Chinese warships with unmanned aircraft and boats and then quickly move to another island within 72 hours by using sophisticated landing craft, according to the newspaper.

However, it remains unclear how the Marine Corps would rapidly move from island to island when its amphibious vehicles can only travel about six knots in the water.

High-speed landing craft would require a tremendous investment, and the Navy has already proposed massive cuts to its shipbuilding account – which may be a non-starter with Congress.

The Navy is also being squeezed by a ship maintenance crisis while trying to build new Columbia-class submarines, so the amount of money available to build new landing craft could be extremely limited.