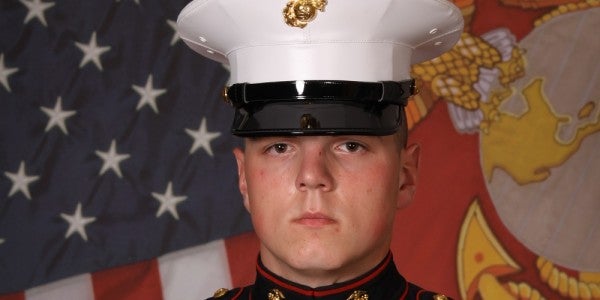 A Marine who was stabbed several times during a June 13 incident at Camp Lejeune, North Carolina, has died of his injuries, Corps officials confirmed.

Luce was an infantry rifleman with 2nd Battalion, 8th Marine Regiment, according to the 2nd Marine Division.

The Naval Criminal and Investigative Service is looking into the incident, in which another man died of an apparent gunshot wound. The man was married to an active-duty Marine at Camp Lejeune. His name is being withheld at the request of is next of kin.

The circumstance surrounding the June 13 incident remain unclear. Patrol officers found Luce and the man at an on-base residence in response to a 911 call.

No more information about what happened was available.

“The specific chain of events is still being pieced together,” NCIS said in a statement. “NCIS is asking anyone with information about the altercation or preceding events to submit a tip either by using the NCIS Tips app which can be downloaded to a smartphone, or by using this link to provide tips via the web.”

“The 8th Marine Regiment family is saddened by the loss of one of our own in Lance Cpl. William Luce,” Col. John H. Rochford said in a statement. “In recognizing the passing of Lance Cpl. Luce, we mourn the loss of this valued member of our 'Workhorse' regiment. Our Marines and Sailors will never forget his memory. We extend our sincerest sympathies and support to his family during this difficult time.”